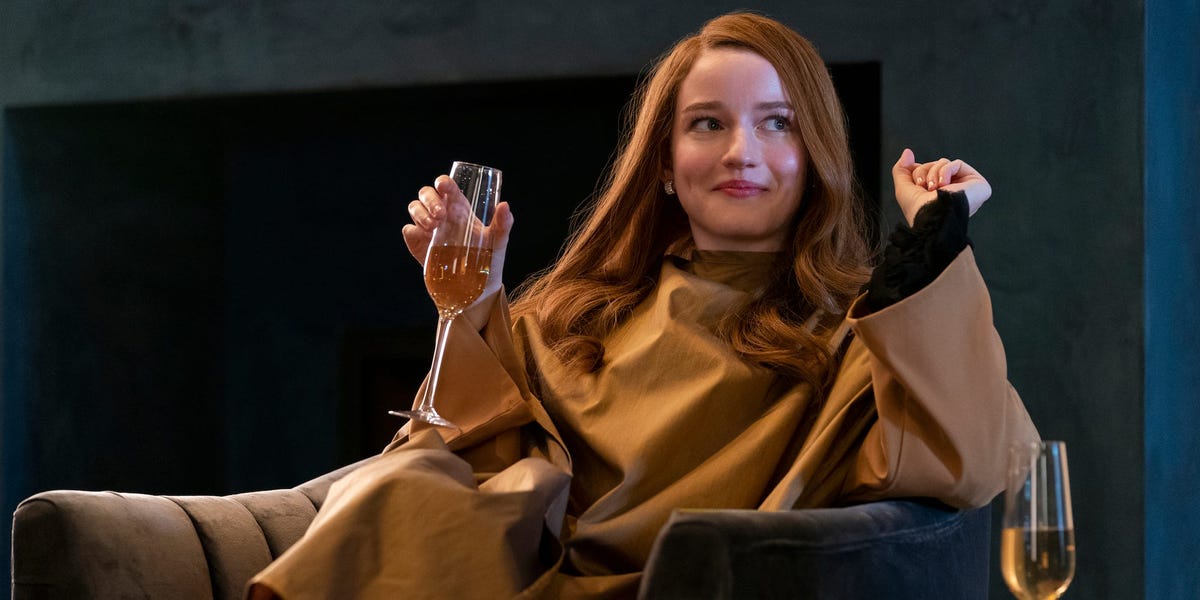 “Heavenly Bites: Mexico” is a documentary series about Mexican food that is both delicious and quirky.

Synopsis: “This is a show about the food that Mexicans hate loving. It’s about those flavors that are worth the stomach aches that will most likely follow their consumption. An ode to those things that we are willing to eat no matter how out of control the recipe gets.”

“Neymar: The Perfect Chaos” is a limited three-part docuseries about the life of soccer star Neymar da Silva Santos Júnior.

Synopsis: “One of the most famous and highest-paid athletes in history – like you’ve never seen before. Neymar is a hero on the field and a controversial figure off. This three-part docuseries, directed by David Charles Rodrigues, gets up close and personal with soccer star Neymar da Silva Santos Júnior, tracks his rise to fame at Santos, his glory days at FC Barcelona and the rollercoaster ride with the Brazilian National team and with Paris Saint-Germain.”

“Soy Georgina” is a reality series that takes us behind the scenes of Georgina Rodríguez life as an influencer, mother, partner of soccer star Cristiano Ronaldo.

“In From the Cold” is a spy thriller about an ex-Russian spy who is balancing her life as a single mother and using her past skills to ward off an enemy.

Synopsis: “A single mother’s life in suburban New Jersey is turned upside down when the FBI arrests her and forces her to make a choice: confront her long-buried past as a highly trained, bio-engineered Russian agent, and become an asset against Russia’s underworld drug trade, and shadow war on U.S. elections — or put her family and the new life she has built at risk.”

“The Woman in the House Across the Street from the Girl in the Window” is a new dark comedy series with a psychological twist starring Kristen Bell.

Synopsis: “For heartbroken Anna (Kristen Bell), every day is the same. She sits with her wine, staring out the window, watching life go by without her. But when a handsome neighbor (Tom Riley) and his adorable daughter (Samsara Yett) move in across the street, Anna starts to see a light at the end of the tunnel. That is until she witnesses a gruesome murder… Or did she?”

“The Orbital Children” is an adventure anime set in the future when anyone can travel into space.

Synopsis: “The story begins in the year 2045, when AI has advanced and anyone can travel into space. Children born on the moon and children from Earth who are on a trip to space meet at the Japanese-built Anshin space station.”

“Inventing Anna” is a drama series based on the life of New York socialite Anna Delvey.

Synopsis: “A journalist with a lot to prove investigates the case of Anna Delvey, the Instagram-legendary German heiress who stole the hearts of New York’s social scene – and stole their money as well.  But is Anna New York’s biggest con woman or is she simply the new portrait of the American dream?”

“Vikings: Valhalla” is a spinoff series of History’s “Vikings,” set 100 years after the original show.

Synopsis: “As tensions between the Vikings and the English royals reach a bloody breaking point and as the Vikings themselves clash over their conflicting Christian and pagan beliefs, three Vikings begin an epic journey that will take them across oceans and through battlefields, from Kattegat to England and beyond, as they fight for survival and glory.”

Synopsis: “‘Love is Blind’ is Netflix’s American unscripted series where singles who want to be loved for who they are, rather than what they look like, have signed up for a less conventional approach to modern dating where they hope to meet the person they want to spend the rest of their lives with … without ever having seen them. Takashi Fujii and Yuka Itaya will be navigators for ‘Love is Blind: Japan’ and see how the social experiment goes on.

“The Sandman” is a Netflix series based on the comic book series created for DC by Neil Gaiman.

Synopsis: “A rich blend of modern myth and dark fantasy in which contemporary fiction, historical drama and legend are seamlessly interwoven, ‘The Sandman’ follows the people and places affected by Morpheus, the Dream King, as he mends the cosmic — and human — mistakes he’s made during his vast existence.”

“1899” is a new drama series from the showrunners who created “Dark,” one of the most critically acclaimed international Netflix shows.

Synopsis: “A migrant steamship heads west to leave the old continent. The passengers, a mixed bag of European origins, united by their hopes and dreams for the new century and their future abroad. But their journey takes an unexpected turn when they discover another migrant ship adrift on open sea. What they will find on board, will turn their passage to the promised land into a horrifying nightmare.”

Synopsis: “The series is a sleuthing, supernaturally infused mystery charting Wednesday Addams’ years as a student at Nevermore Academy. Wednesday’s attempts to master her emerging psychic ability, thwart a monstrous killing spree that has terrorized the local town, and solve the supernatural mystery that embroiled her parents 25 years ago — all while navigating her new and very tangled relationships at Nevermore.”