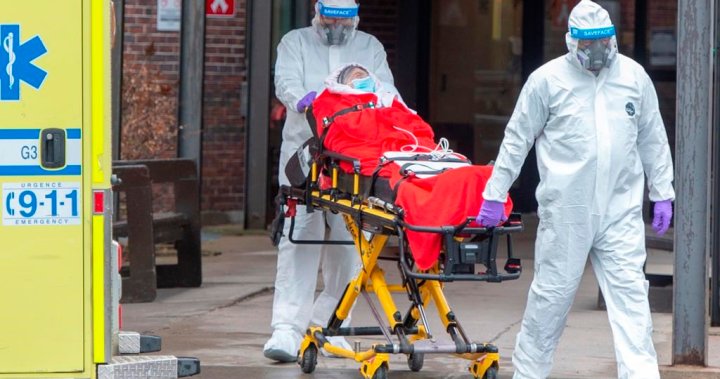 Quebec’s early response to the COVID-19 pandemic in long-term care homes was hampered by labour and equipment shortages and by ignorance as to how the novel coronavirus spreads, a senior health official told a coroner’s inquest Thursday.

Dr. Richard Massé, a strategic medical adviser to Quebec’s public health director, told the inquest that the province had difficulty securing personal protective equipment during the early days of the pandemic, when there was a “ferocious battle” for things such as masks and tests.

Even if authorities had enough protective equipment, it’s unclear whether they would have known the best ways to use it, he told the inquiry investigating the high death toll in long-term care homes in spring 2020. Until late March 2020, it was thought the virus spreads mostly by people with symptoms, he added.

“There were people who said, ‘we think it’s transmitted by asymptomatic people,’ but there was no consensus,” he said, adding that neither authorities in the United States nor at the World Health Organization recognized asymptomatic spread as a significant mode of transmission.

Public health officials, he said, did not have a sense of how rapidly the virus was spreading at long-term care facilities, including at Montreal’s Residence Herron, a private centre where 47 people died.

It was a shock to see there were outbreaks of that magnitude that rapidly,” he said.

Earlier in the day, Quebec reported 663 new cases of COVID-19 and four more deaths attributed to the novel coronavirus.

Health officials said COVID-19-related hospitalizations dropped by five from the day before, to 215, and 42 people were in intensive care, a drop of three.

Quebec’s public health institute said 90.8 per cent of residents 12 and over have received at least one dose of vaccine and 88.3 per cent were considered adequately vaccinated.