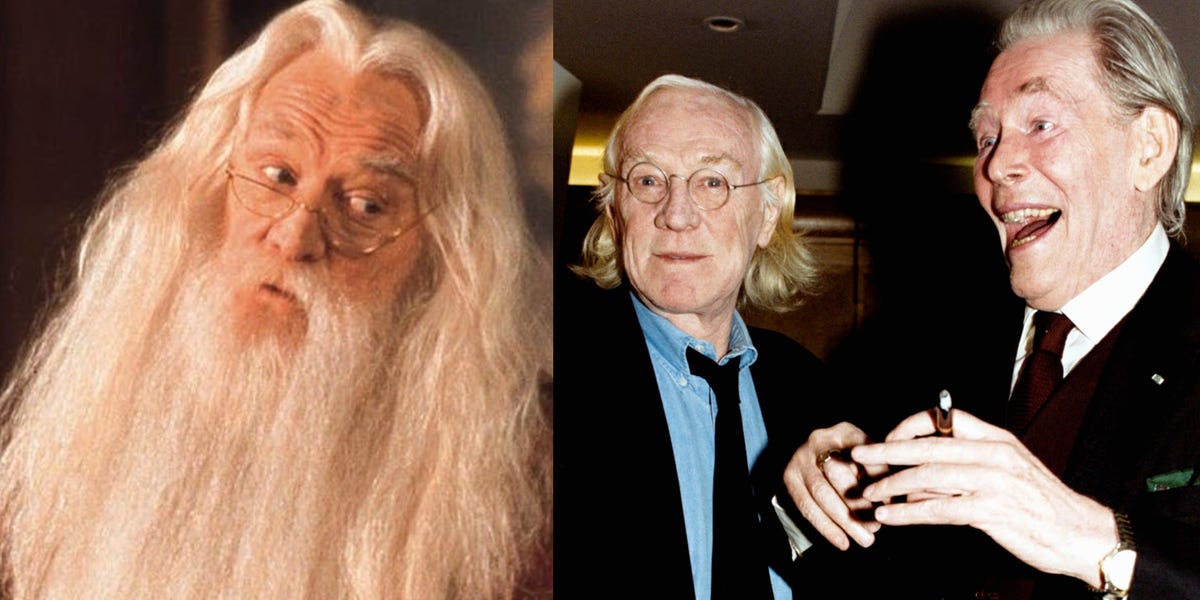 “Harry Potter” director Chris Columbus revealed that he had “long” conversations with actor Peter O’Toole about taking over the role of Dumbledore after Richard Harris died. But O’Toole ultimately decided against it because of his close friendship with Harris, according to Columbus.

Harris, who died at 72 in 2002 of complications from cancer, played the imposing but beloved Hogwarts headmaster in the first two films in the franchise. After his death, Michael Gambon replaced him in the role.

In an interview with Insider in October, Columbus called Harris’ death “a devastating loss” for the franchise. He explained that Harris was his first choice to play Dumbledore and he “couldn’t imagine anyone else” in the role.

“I remember a meeting with several British actors, particularly Peter O’Toole who came in and discussed it for a long time,” Columbus said about the process of recasting Dumbledore. The director explained that O’Toole “eventually decided, because he was best friends with Richard, that he didn’t feel it was right to step into those shoes.”

The Mirror reported in 2003 that after Harris’ death, his brother Noel called O’Toole “the only man who could follow my brother in the role.”

“Dicky made that role his own. He will be a hard act to follow,” Noel said, according to The Mirror. “Peter was a great, great friend of Dicky’s for most of his life. And he has similar qualities on screen. Our family would be delighted if he was offered the part.”

In a recent interview with The Hollywood Reporter, Columbus opened up more about working with Harris who he called “the single funniest actor [and] person I’ve ever met.”

“He got sick and passed away pretty quickly,” he told THR about Harris.

Columbus recalled in the interview that when he visited the actor in the hospital, Harris was working on his autobiography. He said Harris “looked thin” but appeared upbeat. In fact, Harris insisted that Columbus not replace him with another actor to play Dumbledore.

“He said, ‘If you ever replace me, I’ll fucking kill you.’ I said, ‘I don’t even know why you’re thinking that way. I’ll see you a couple of weeks,'” Columbus told THR.

The director added that about 10 days after their conversation at the hospital, he found out that Harris had died.

Gambon ultimately took over as Dumbledore in the third film, “Harry Potter and the Prisoner of Azkaban,” and Columbus told Insider the actor was “a brilliant choice.”

“I think, as a testament to Michael’s performance, people, the fans embraced him and accepted him immediately,” he said.