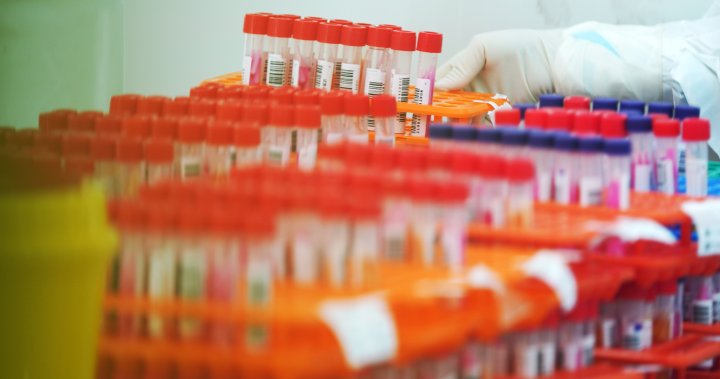 Ontario is reporting 711 new COVID-19 cases on Thursday, the largest increase in cases since Sept. 24 when 727 cases were recorded. The provincial case total now stands at 609,429.

According to Thursday’s report, 74 cases were recorded in Toronto, 71 in Windsor-Essex, 67 in Simcoe-Muskoka, 42 in Ottawa, 40 in Peel Region, 39 in York Region and 37 each in Waterloo and KFLA. All other local public health units reported fewer than 35 new cases in the provincial report.

The death toll in the province has risen to 9,955 as five more deaths were reported.

There are more than 11.1 million people fully immunized with two doses, which is 85.7 per cent of the eligible (12 and older) population. First dose coverage stands at 88.8 per cent.

Meanwhile, 594,602 Ontario residents were reported to have recovered from COVID-19, which is around 97 per cent of known cases. Resolved cases increased by 575 from the previous day.

The government said 34,347 tests were processed in the previous 24 hours. There are 12,480 tests currently under investigation.

Provincial officials noted this new dataset with vaccination status for hospitalizations will grow and improve over time as more information is collected. There may also be a discrepancy due to how and when the information for both is collected.

Here is a breakdown of the total cases in Ontario by gender and age:

Here is a breakdown of the total deaths related to COVID-19 by age: