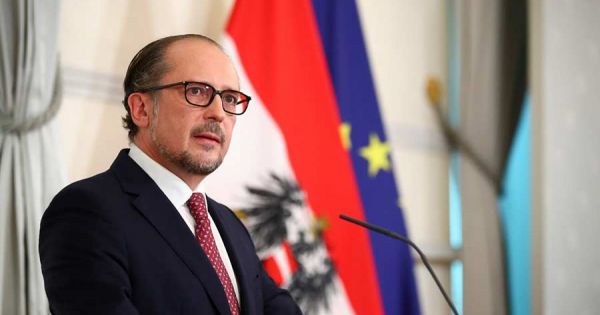 Austria back to full lockdown, vaccination mandatory as of Feb. 2022

Austria’s Federal Government has announced a full lockdown regardless of vaccination status starting this coming Monday amid a surge in the number of COVID-19 cases. Austria will also become the fourth country in the world after Indonesia, Micronesia, and Turkmenistan to decree a compulsory immunization for the entire population.

Governors of federal states agreed upon the harshest measure Friday after a meeting with Chancellor Alexander Schallenberg and Health Minister Wolfgang Mückstein. Two states in Austria – Salzburg and Upper Austria – had already triggered a range of restrictions, with the rules extended to apply to vaccinated people and a full lockdown from next week that would see schools shut and a curfew imposed.

A first lockdown will be decreed for ten days, after which it can be extended for a further ten days, it was announced. As with earlier lockdowns, trade and essential services like distribution of food and medication will be excluded from the ban and although schools will remain open, children can stay at home and attend classes virtually.

With the new measures, authorities hope to reverse the overload of intensive care units. We do not want a fifth wave, Schallenberg said. Nor do we want a sixth or seventh wave. This is very painful.

We have not succeeded in convincing enough people to get vaccinated, Chancellor Schallenberg regretted as he announced it will be compulsory from Feb. 1. Vaccination is our exit ticket, the only way out of the vicious circle. Schallenberg also said the unvaccinated were behaving in lack of solidarity, which was particularly tragic for those who have been vaccinated. And “we now have to face reality,” Schallenberg said.

Health Minister Mückstein explained politicians in the past few weeks have fallen short of their expectations when it comes to fighting pandemics, I apologize for that. It is now still valid that people should be vaccinated because the restrictions for vaccinated people are limited. We will then go back to 2G. The lockdown for unvaccinated people will also apply again.

Regarding compulsory vaccination, the minister stated that, according to law scholars, such a measure was constitutional and that it was now being examined. Mückstein did not want to provide any information on details of consequences to those who still refuse to get jabbed. Infection rates have continued to surge, with restrictions on only part of the population difficult to enforce.

Earlier this week a lockdown had been decreed only for the unvaccinated, under which those who hadn’t had a jab were banned from leaving home except for essential reasons. Under the new measures, all nonessential businesses will be forced to close, including Christmas markets.

In neighboring Germany COVID-19 cases have broken all-time records in recent weeks, but the government has not (yet) introduced a vaccine mandate, while in Italy the authorities have stopped short of imposing one.

Around 64 percent of Austrians are vaccinated, just below the average across the European Union. The seven-day incidence rate — the number of infections per 100,000 residents over the past week — had risen to 991 as of Wednesday, almost doubling from two weeks earlier.

Reports from Berlin warn Germany may soon follow suit with harsher measures against radical anti-vaxxers and fake news after plans for compulsory jabs were disclosed.

Germany and Slovakia have already adopted tough measures for the weeks leading up to Christmas.

Last week, Europe accounted for more than half of the seven-day average of infections globally and about half of the latest deaths, after which German Chancellor Angela Merkel announced fresh curbs on public life for those who have not had a vaccine in areas where hospitals are filling dangerously fast with coronavirus patients.

Germany’s Health Minister Jens Spahn Friday hinted the country could follow Austria in announcing a full lockdown. We are now in a situation … where we can’t rule anything out, he said. We are in a national emergency.

Greece has also imposed more restrictions on unvaccinated people following a recent surge in cases – barring them from all indoor spaces, such as cinemas, museums, and gyms. The death rate from the virus has reached its highest level in six months, as roughly one-third of Greece’s population remains unvaccinated.