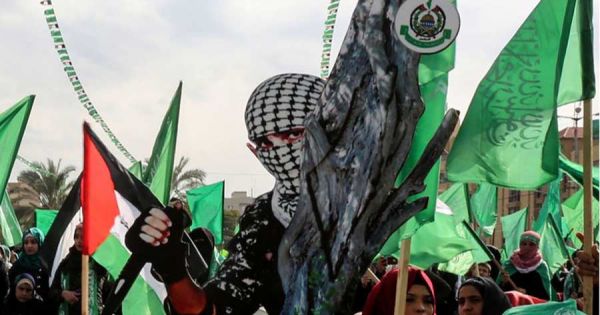 UK to also ban the political wing of Hamas

The United Kingdom Home Secretary Priti Patel on Friday laid before Parliament an order to outlaw the militant Islamist terrorist movement Hamas in its entirety from the UK.

Hamas is an organization which calls for the establishment of a Islamic Palestinian state under Sharia law and has repeatedly called for the destruction of Israel. It has long been involved in significant terrorist violence.

The organization’s military wing is already banned in the UK but following a new assessment the Home Secretary has concluded it should be proscribed in its entirety. This action will support efforts to protect the British public and the international community in the global fight against terrorism. Hamas is already listed in its entirety by the United States and European Union.

Proscription makes it a criminal offence to be a member of, or invite support for the group, with those found guilty facing up to 14 years in prison.

Home Secretary Priti Patel will give a keynote speech on security and counter terrorism at the Heritage Foundation in Washington DC. and is expected to say,

Hamas commits, participates, prepares for and promotes and encourages terrorism. If we tolerate extremism, it will erode the rock of security.

Hamas’ military wing was proscribed by the UK in March 2001. At the time it was the Government’s assessment that there was a distinction between the political and military wings of the group. This distinction is now assessed to be artificial, with Hamas as an organization involved in committing, participating, preparing for, and encouraging acts of terrorism.

Proscribing organizations in the UK makes it difficult for extremists to operate. As well as criminalizing membership and support, it supports the takedown of online content.

Hamas is one of 78 terrorist groups proscribed in the UK and the third proscription order laid by the Home Secretary within the last year.

The Home Secretary’s decision to proscribe Hamas follows advice from the Proscription Review Group, which brings together experts from across Government including representatives from operational partners and the intelligence community.

The proscription order laid before Parliament on 19 November will now be debated and, subject to approval, will come into force on 26 November.