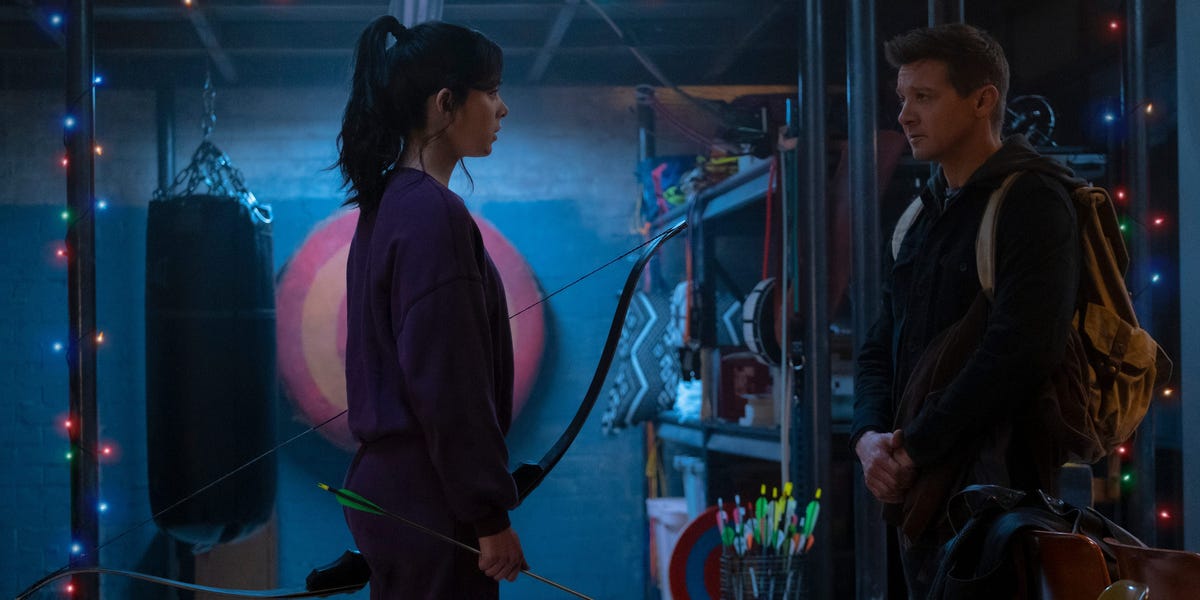 “Hawkeye” just introduced one of the highly anticipated antagonists for the series.

The first two episodes of the Christmas show, released on Disney+ Wednesday, introduce the main plot of the show:  Hawkeye (Jeremy Renner) is trying to protect a young woman, Kate Bishop (Hailee Steinfeld), after she tries to be a hero and clashes with a deadly gang called the Tracksuit Mafia.

Towards the end of the second episode, Hawkeye allows himself to be captured by the mafia to try and persuade them to leave Kate alone. After this plan fails because Kate tries to save him, one of the gang members goes to get their boss and we get our first brief look at their leader, Echo (Alaqua Cox), before the episode ends.

Marvel has not been entirely quiet about Cox’s involvement in the show as Echo but it is not clear yet what the intentions of this new character are. However, a spin-off series for Echo has been announced, which indicates she may not be a simple villain. Here’s what to know about the character and her ties to the possible return of a marvel favorite.