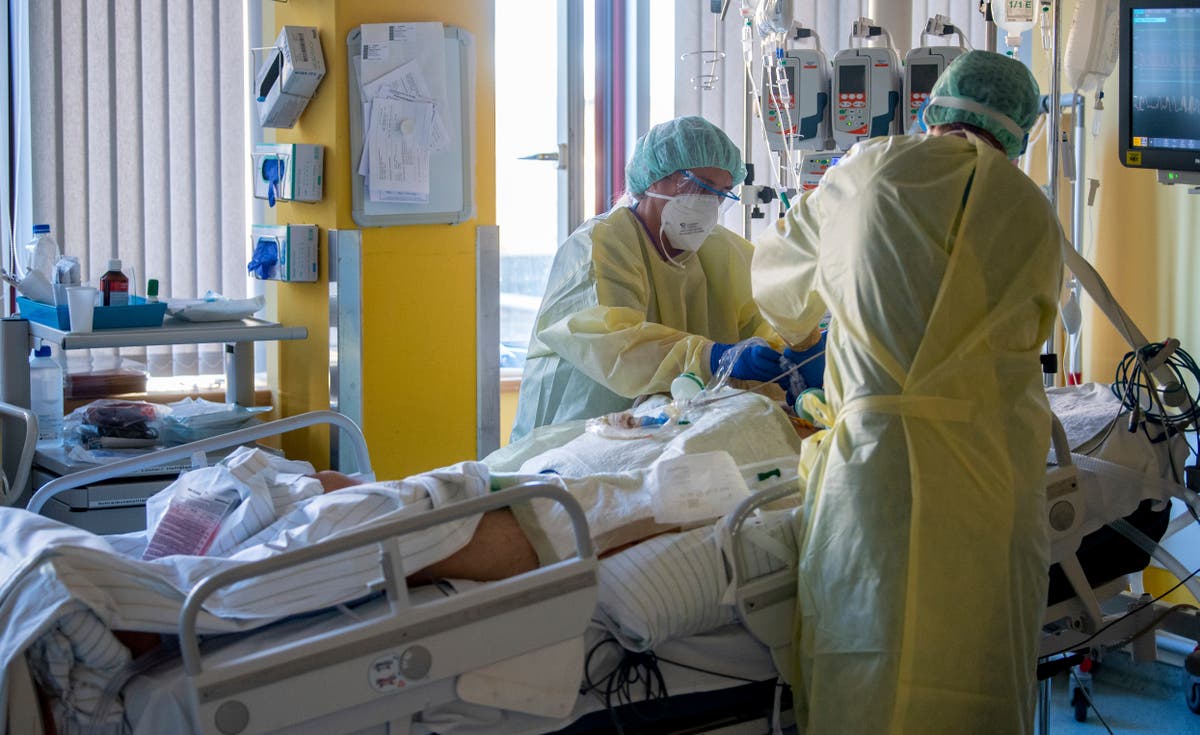 Germany’s air force – the Luftwaffe – is helping transfer Covid-19 patients from overwhelmed hospitals in the south as the new government warned that the pandemic is spiraling out of control with daily cases soaring to record levels.

A military medical evacuation aircraft was prepared to start airlifting seriously ill patients on Friday from hard-hit Bavaria to other hospitals in northern Germany where there is still capacity in intensive care units.

Europe’s biggest economy has now passed the grim toll of 100,000 Covid-19 related deaths, with the government warning that the pandemic has become the country’s worst ever crisis and expressing concern over a new virus variant detected in South Africa.

“The situation is dramatic and grave,” said Health Minister Jens Spahn at a news conference in Berlin on Friday. “It’s worse than it’s ever been in this pandemic. We’ve got to do everything we can to relieve pressure on the health care system.”

Spahn, whose time as minister will end next month once the new government takes office, scolded Germans for failing to reduce contact with others during this fourth wave and said people had previously been more conscientious and cooperative.

The health minister also said the detection of the new Covid-19 variant added to concern over rising infection numbers, and that the government would declare South Africa a “virus variant area” on Friday.

Covid-19 infections and death rates have soared in southern and eastern regions of Germany such as Bavaria and Saxony, where the vaccination uptake is lowest. This has overwhelmed hospital intensive care units and raised fears that doctors will soon have to resort to “triage” methods – focusing resources on those patients with better chances of surviving.

“It’s the most severe health crisis ever in Germany,” said Robert Habeck, the co-leader of the Greens party and incoming Economy Minister, in a German TV talk show late on Thursday. “Time is running out. We’re seeing a doubling in the infection rates every 12 days. Hospitals are already full. We’ve only got a few days left.”

Annalena Baerbock, co-chief of the Greens party and the country’s incoming foreign minister, told magazine Spiegel that neither a vaccine mandate for the whole population nor a new German lockdown could be ruled out.

While Germany dealt with the first waves of the pandemic relatively well compared to other European nations, its complacency in the summer, a lack of interest in the pandemic during the election campaign from August to September, and low vaccination rates have created fertile ground for the sharp increase in infections over the last month.

Germany’s vaccination rate, at 67%, is among the lowest in western Europe.

The German military has played a low-key supporting role during the pandemic in recent months, with its duties including assisting contact-tracing staff at the nation’s 400 Gesundheitsamt health agency offices. But the latest use of the Luftwaffe is a significant development in a country that – due in part to its history – has traditionally kept the military on a tight leash.

A specially equipped Airbus A310 MedEvac was scheduled to fly a half dozen critical care patients from the Memmingen Airport in Bavaria to Münster-Osnabrück airport in northwest Germany later on Friday. The Luftwaffe has another specially equipped medical evacuation plane that is on standby.