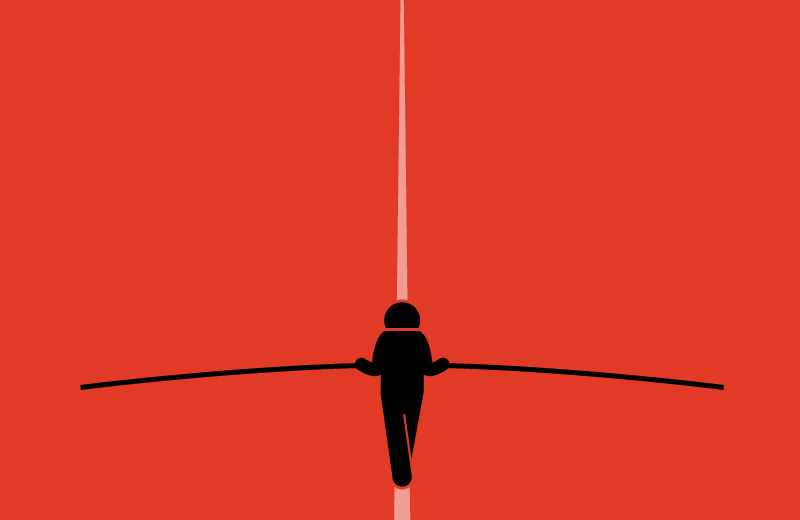 My main forecast, based on previous experience, is that there will definitely be lots of unforeseen events – developments that no one could predict. This is how Ukrainian politics works.

Turbulence and uncertainty have to be the keywords in any forecast for 2022. So we need multiple scenarios for developments in the local and global political arena – different scenarios depending on the circumstances.

The situation in Ukraine and in neighboring countries usually depends on global processes – the coronavirus pandemic, the global economy, relations between the U.S. and China (especially in the context of Taiwan).

For us, the main external factor is Russia and the build-up of its troops on our borders.

And here, unfortunately, there are no clear forecasts. Predictions vary from cheerful to extremely morose.

The political situation within Ukraine will be influenced by trends that emerged in 2021 – the political struggle over the law on oligarchs, as well as the confrontation between oligarch Rinat Akhmetov and President Volodymyr Zelensky.

A separate intrigue is the criminal case of treason against former President Petro Poroshenko. I do not expect any quick decisions on this matter. The “Poroshenko case” show will go on for more than 12 months. However, it may periodically increase domestic political tensions.

There are four potential scenarios for the development of the domestic political situation in Ukraine in 2022:

This scenario is about the possibility of an acute social and economic crisis caused by a large-scale energy crisis.  This, in turn, could provoke a political crisis, including the resignation of the government. At the same time, the opposition forces and the so-called “broad oligarchic coalition” (Akhmetov-Poroshenko-Medvedchuk) would act to provoke early parliamentary and even presidential elections. Unfortunately, this scenario does not exclude Russia’s aggressive military actions on the territory of Ukraine.

Although energy problems are possible, the probability of an acute political crisis is not great and early parliamentary and presidential elections are even less likely.

2. The anti-crisis scenario and a new counterattack by President Zelensky.

The head of state and his team will not stand idly by in the face of crisis-born challenges. Zelensky will try to minimize their negative impact and maintain control over government institutions. His conflict with the oligarchs – at least with those who have declared war on the head of state – could become a central political trend next year.

We will see more than just the implementation of the law on oligarchs. Antitrust legislation is likely to be updated too. Antitrust and anti-oligarchic restrictions can also be introduced in the mass media industry.

However, the probability of this scenario is constrained by the weakness and inefficiency of state institutions in Ukraine, including law enforcement.

A “low-intensity war” will be waged in the media and in politics, as well as in judicial and legal spheres. This would concern the law on oligarchs, certain issues of state policy, especially in the economic sphere, but without the use of radical tools, allowing for the maintenance of a relative balance.

This scenario is the most likely. It might also mean an informal agreement on a “non-aggression pact,” a conditional “truce” between Akhmetov’s and Zelensky’s teams, between whom there will be no complete peace. They will simply avoid seriously affecting each other’s interests because neither of them has the strength for total victory.

However, the implementation of such a scenario will be hampered by mutual mistrust and conflicts of interest between the conflicting parties.

4. The black or “multi-colored” swan theory.

Once again, something completely unexpected may happen in Ukraine. Or there may be a mix of the three scenarios mentioned above – all of them may play out in part during the year.

The beginning of 2022 is likely to see more active negotiations on Donbas in the Trilateral Contact Group and in the Normandy format, including talks with the parallel participation of the United States, as well as regarding the “Ukrainian question” in relations between the West and Russia. New compromise formulas may be put forward.

But so far it is unlikely that a comprehensive political solution to the conflict in Donbas will be reached. This is mainly because the still radically opposing positions of Ukraine and Russia and the practically incompatible positions regarding matters of principle, for example, the status of the self-proclaimed republics, also known as the ORDLO, border control during the transitional elections, etc.

The Kremlin only wants peace on its own terms. But this is unacceptable to Ukraine.

It is impossible to cater to one of Putin’s main whims – enshrining the special status of the ORDLO in the Constitution of Ukraine. This would require a constitutional majority (at least 300 votes from parliamentarians) in parliament. This has never happened before. Such a majority does not exist and it is unlikely to arise in the foreseeable future.

In general, it should be understood that any solution to the Ukrainian issue (the “Ukrainian crisis”) is only possible provided that it is acceptable to the majority of Ukrainian society. Even the consent of the Ukrainian leadership is not enough, as evidenced by the sad fate of the Minsk peace agreements on Donbas.

The only option for resolving the conflict in Donbas, even partially, which is currently potentially plausible – and only with the consent of the Kremlin – is a complete and steady cessation of hostilities. Perhaps it makes sense for all participants in the negotiations to focus on this.