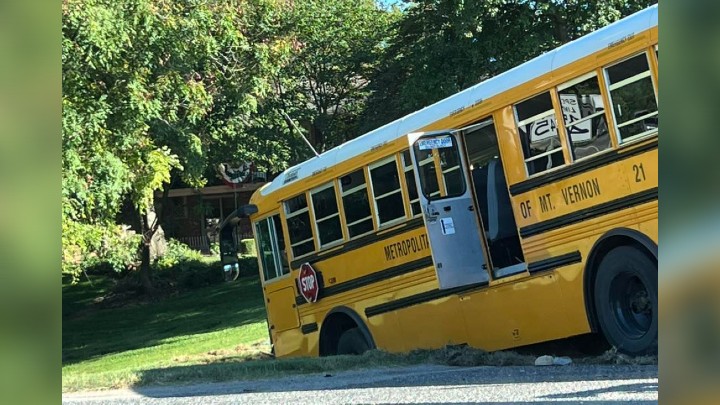 Authorities believe the Mt. Vernon Metropolitan School District bus was on SR62 and Sauerkraut Lane when the school bus driver might have failed to yield the right of way to a car traveling east on SR62.

Officials say the bus driver, a student and the driver of the car were taken to a hospital for what deputies believe are minor injuries.

According to the Posey County Sheriff’s Office, the driver of the car, Benajah Gahagan, was driving on a suspended license. As a result, Gahagan will face criminal charges for Driving While Suspended with a prior conviction.

“I’m thankful for the two citizens who stopped and helped remove the children from the bus, after the collision,” said Sheriff Latham. “This is a prime example as to the great humanity within our area!”

The sheriff’s office says several first-responder agencies were dispatched to the area for the crash.