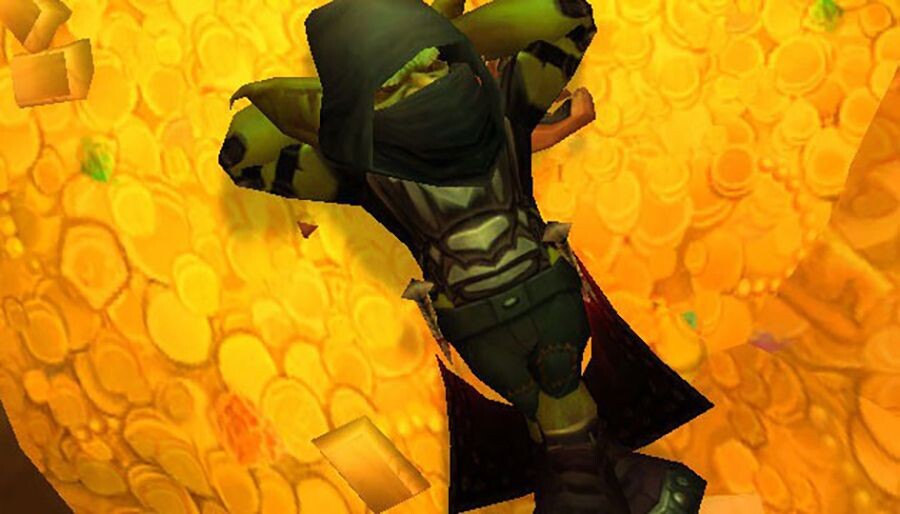 Now, this is funny when we’re talking about a huge video game getting ripped off by a bonkers game that poses absolutely no threat to it, not so funny when hackers clone games then get the original versions banned and replaced by their own.

China’s recent economic boom paved the way for literally hundreds of millions of gamers, many of whom are still in need of the extra cash to make ends meet. This created something called “gold farming”, which is LARP-speak for having people work in a game to make fake game money for players who didn’t want to engage in the grind required to reach the highest possible levels and get all that shiny gear. It quickly became a booming market, one that gets China quite a bad rep. Interestingly, Chinese people aren’t the ones to blame, as many of these multi-million dollar-making ventures are/were helmed by slimy Americans who, at best, got ridiculously rich while paying dimes to their workers whose lives were just a bit better than those of people working on sweatshops. Yeah, playing games for a living isn’t all that much fun when our lives depend on having to repeat the same task nobody else wants to perform even once. No problem says Goldman Sachs, the company that invested $60 million in one of the said companies (before it went mysteriously belly up).

That’s a pretty funny ending to that story, but the people behind these ventures, people like, say, Steve Bannon, didn’t abandon ship before making awful discoveries like the now-kind-of-obvious-one of learning that there’s a lot of hatred in video game communities. He quickly used his newfound knowledge to rally and propagate his hateful beliefs. It’s totally plausible that we wouldn’t have had Trump in the white house if it hadn’t been for the country that he so loves to hate.