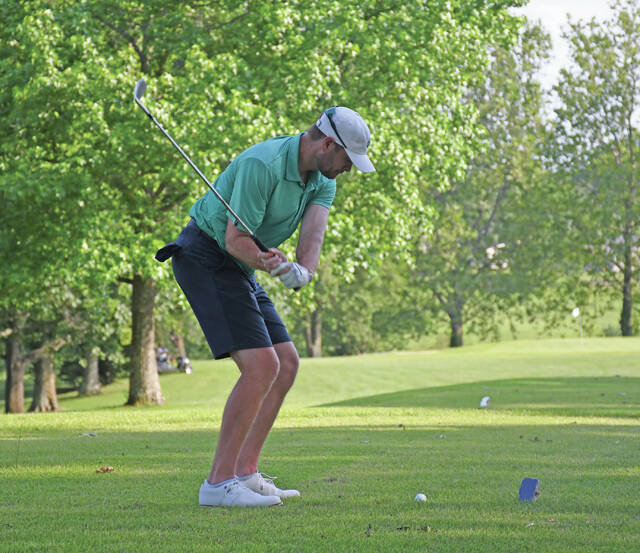 The 87th Chippeways gets underway Friday morning at Maysville Country Club and features a full field of seven flights and 104 golfers.

The longest standing match play tournament in Kentucky has a very competitive championship flight, one of the best MCC pro shop manager Teron Bay has seen in his years of running the tournament.

“Looking down strictly at handicaps, the championship and first flight is as strong I’ve seen. It went from a -2.7 handicap to 1.1. You’re looking at scratch or better golfers in the flight,” Bay said.

Play begins at 7:30 a.m. when the seniors tee it off with matches running all throughout the day, the last tee time at 2:45 p.m.

Winners move on to Saturday’s winner’s bracket in the quarterfinals, losers head to Saturday morning’s consolation bracket. Each golfer is guaranteed at least two matches and then it comes down to winning and moving on.

Corey Richmond is the defending champ, taking down Jackson Frame in the championship flight last year, it was Richmond’s first victory in the Chippeways, denying Frame a fourth Chippeways title.

First round matches in the championship flight are Evan Beery vs Bradley Litzinger, Kevin Lawson vs Josh Weber, Tanner Walton vs Tyler Nikol, Connor Taylor vs Jackson Frame, Taylor Hyatt vs Jake O’Mara, Daulton McDonald vs Drew Traxel, Logan Liles vs Jon Kosier and Corey Richmond vs Evan Schumacher. (all matchups can be found at maysville.com/sports)

“They’re all trying to dethrone Corey at the top. Lot of current or not too far removed from college golfers,” Bay said. “Traxel, Litzinger, O’Mara, Kosier could all be there come Sunday. Guys that have played this course a lot will have the advantage early on.”

A notable name not in this year’s championship flight is Eric Schumacher, unable to play due to an injury. Schumacher is a six-time winner of the Chippeways, the most all-time.

The 104 players registered is the most the tournament has seen in quite some time, numbers not as strong the last few years due to COVID.

Per MCC policy, only members from within Mason County are allowed to play and anyone outside of the county and not a member is eligible to play.

The Chippeways got its start in 1935 and outside of 1938 when MCC hosted the Central Kentucky Open, the tournament has been held every year since.

Some former winners include Gay Brewer Jr. in 1951 and ‘52, who later went on to win the Masters in 1967. Mark Blakefield, a St. Patrick alum and former Mr. Kentucky Golf, won the tournament in 2003-05 and currently plays on the Korn Ferry Tour.

“We have some really nice tee gifts for the players. They get a prime rub buffet Friday night provided by 212 at The Club. It’s a long couple weeks preparing for this as a lot of time and effort gets put into it. We love the tournament and the tradition of it here. To be part of it is really awesome,” Bay said.

A shootout took place Thursday night to kick things off.