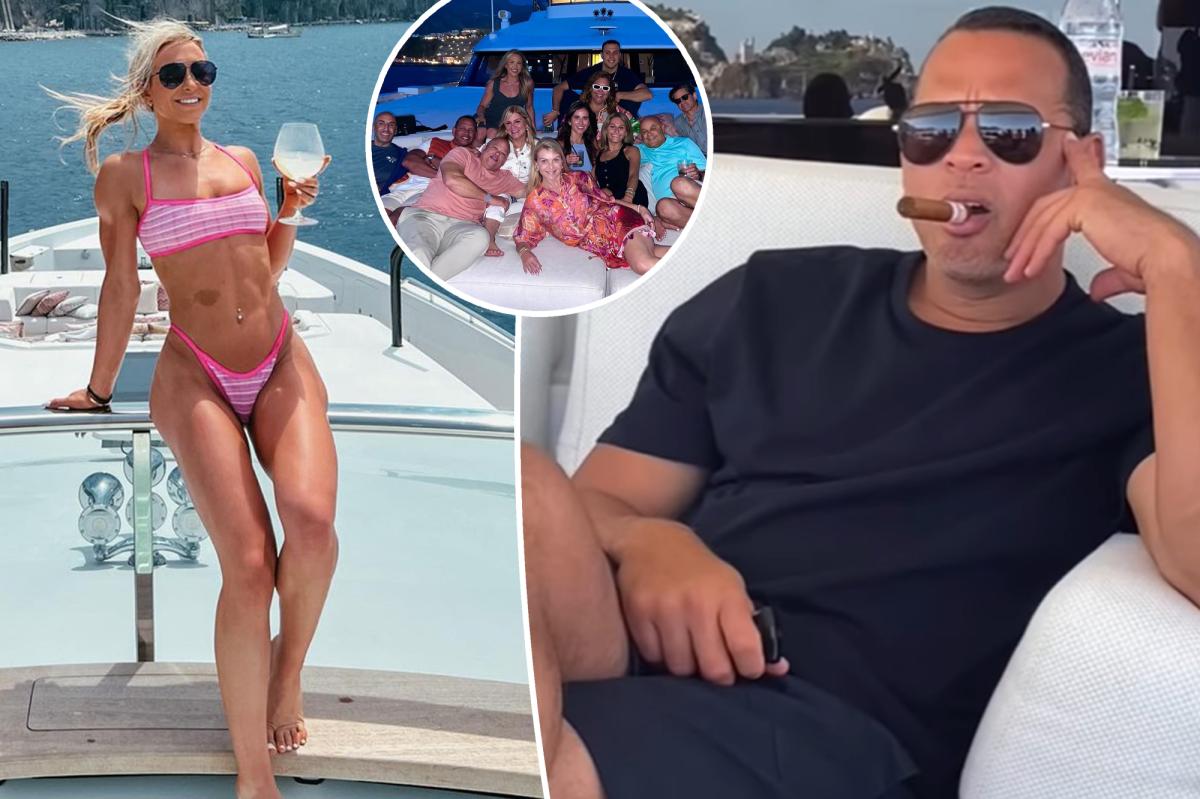 Alex Rodriguez’s girlfriend, Kathryne Padgett, shared an “insane video” from their yacht excursion after sailing across the Mediterranean and stopping at several European cities along the way.

“Europe, you’re a keeper 🥂,” Padgett, 25, captioned an Instagram post Tuesday documenting her luxurious vacation with the former New York Yankee, 46, and his family.

“Had the trip of a lifetime aboard the @samurai_yacht with the most incredible people,” the bodybuilder added.

Padgett shared that she was “blessed to have experienced the beautiful Amalfi Coast 🌊,” noting that she hit Naples, Sorrento, Positano and Capri in Italy as well as Corsica, St. Tropez and Nice in France.

The starting price to charter the 60-meter Alia Yacht is $441,000 a week, according to the FGI Yacht Group’s website. It can sleep 12 guests with a crew of 15 people.

At one point, Rodriguez is filmed relaxing as he puffs on a cigar. In another moment, the duo enjoy some time Jetskiing together in the clear blue water.

The couple are also seen working out together to stay in tip-top shape during their vacation. Other activities shown include tubing, hydroflying, waterskiing, swimming, dancing and eating delicious dishes.

Rodriguez and Padgett were joined by his ex-wife, Cynthia Scurtis, and their two daughters: Natasha, 17 and Ella, 14.

But the vacation wasn’t just about spending time with the family.

The former MLB slugger and his girlfriend were spotted leaving a nightclub in Ibiza, Spain, in the wee hours of Tuesday morning. And last week, the duo were caught making out on the dance floor at a hotspot in Capri, Italy.

Things are clearly becoming more serious for the pair, who have been linked since January despite a source telling us at the time that A-Rod was a “single dude.”

The former athlete was previously engaged to Jennifer Lopez, but they called things off amid cheating rumors in March 2021. Lopez, 52, is now engaged to Ben Affleck for the second time.