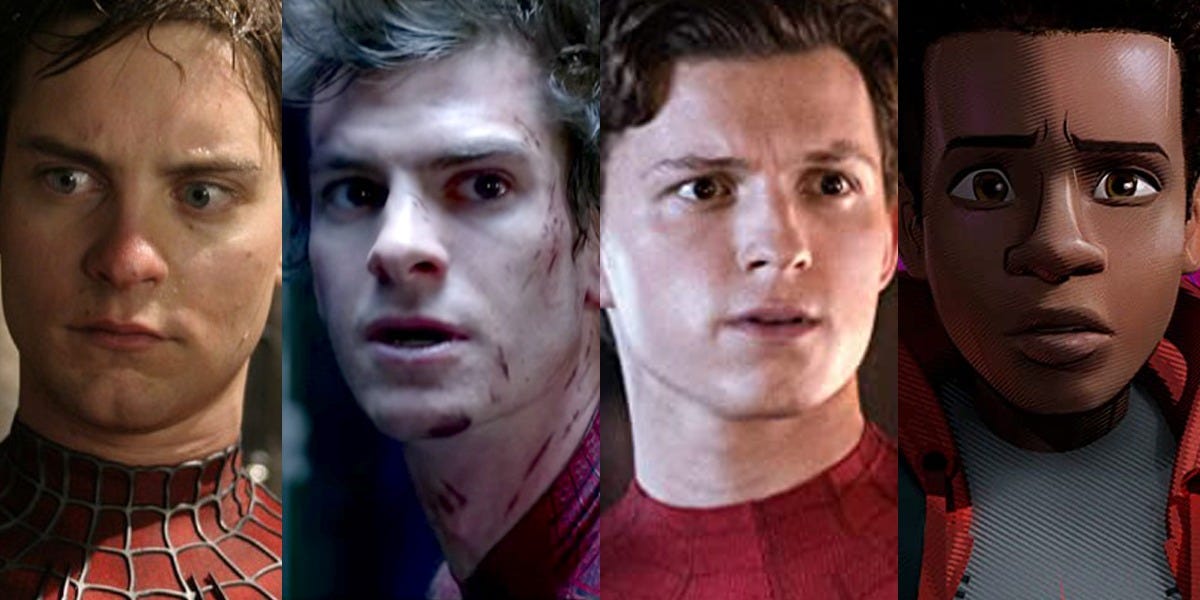 Most critics loathed “Venom” (2018) even though moviegoers seemed to love it.

“Venom” is a unique film in the “Spider-Man” cannon that centers on a popular villain from the comics.

But the spin-off did not go over well with most critics, who called it a “tone-deaf, uneven, and maddeningly dumb clunker,” even though audiences were more forgiving.

Rafer Guzman wrote for Newsday, “‘Venom’ could become Marvel’s version of ‘The Rocky Horror Picture Show’ or ‘Santa Claus Conquers the Martians’ — a camp classic worth mocking again and again.”

Starring Andrew Garfield as the web-slinger, this sequel never truly matched up to the other “Spider-Man” movies.

Critics wrote that the movie was “over-stuffed with plot” and a “bloated and blunted” drama.  Reviewers were especially vocal about Jamie Foxx’s strange, misguided performance as Electro.

That said, some still praised the quality of the action scenes in the film.

“The trouble with director Marc Webb’s disappointing sequel is it wants to have it both ways: to take seriously human connection and loss and also spin the spectacular and pulpy … ‘Spider-Man 2’ never locates that sweet spot,” Lisa Kennedy wrote for The Denver Post.

“Spider-Man 3” (2007) was the lowest-rated film in the Tobey Maguire-led series.

“Spider-Man 3,” the third installment in the Tobey Maguire-led trilogy, wasn’t a huge success.

Critics admired director Sam Raimi’s ambition and the character relationships in the film, but even the positive reviews acknowledged the movie was a bit “uneven.”

Roger Ebert wrote for the Chicago Sun-Times, “Too many villains, too many pale plot strands, too many romantic misunderstandings, too many conversations, too many street crowds looking high into the air and shouting ‘oooh!’ this way, then swiveling and shouting ‘aaah!’ that way.”

“The Amazing Spider-Man” (2012) rebooted the series with Garfield as the hero.

The 2012 reboot of the “Spider-Man” franchise featured major stars, including Garfield and Emma Stone.

With the exception of some critics who gave the movie a hard pass, reviewers enjoyed this film and responded well to Garfield and Stone’s chemistry.

Chris Vognar wrote for The Dallas Morning News, “This is a grittier webslinger saga, led by a Peter Parker with swagger and angst and a tone defined more by emotional resonance than wide-eyed wonder. It still has plenty of fizz.”

“Spider-Man” (2002) was a hit that helped to really kick off the franchise.

Critics fell in love with this film, praising it for balancing action and comedy so well.

Jack Matthews wrote for New York Daily News, “‘Spider-Man’ is an almost-perfect extension of the experience of reading comic-book adventures.”

“Spider-Man: Far From Home” (2019) was met with praise from critics and audiences.

Most critics were impressed by the chemistry of the cast and the film’s entertaining plot, although some reviewers called the film a somewhat forgettable entry in the Marvel Cinematic Universe (or MCU).

“Of course, he has baddies to fight and innocent bystanders to save, but this is the lightest and silliest of Marvel’s films, which is what makes it so enjoyable, but also, ultimately, what makes it so forgettable,” wrote Nicholas Barber for BBC.

“Spider-Man: Homecoming” (2017) was Spider-Man’s first stand-alone entry in the MCU.

“Spider-Man: Homecoming” had the benefit of being a new and exciting stand-alone “Spider-Man” adventure that did more than just delve back into the hero’s origin story.

Some critics called it “the best ‘Spider-Man’ movie of the bunch” and Holland was widely praised for being a near-perfect Peter Parker.

Michael O’Sullivan wrote for The Washington Post, “An authentic, refreshingly nerdy and high-spirited reboot of the well-worn Marvel franchise … “

The second film in the Maguire series is still a gold standard for superhero sequels.

Critics loved the film, calling it “uncommonly smart for the genre” and “incredibly enjoyable.”

“A sequel that not only outstrips its predecessor but has a perversity and quick-wittedness that hardly seem to belong in a comic-book movie,” wrote Anthony Quinn for the Independent.

In Holland’s third stand-alone film as the web-slinging superhero, he goes up against the most powerful villains who’ve ever fought any Spider-Man in the multiverse in order to reestablish his secret identity and protect everyone he loves.

Fans and critics alike were floored by this stunning dive into the multiverse storyline, which many have been eagerly awaiting.

“It’s a hectic series of plot twists and deus ex machinas that overturns an entire bucket of action figures and smashes them all together with delight. The film might be a new nadir of cinema — but it’s also an undeniably watchable good time,” David Sims wrote for The Atlantic.