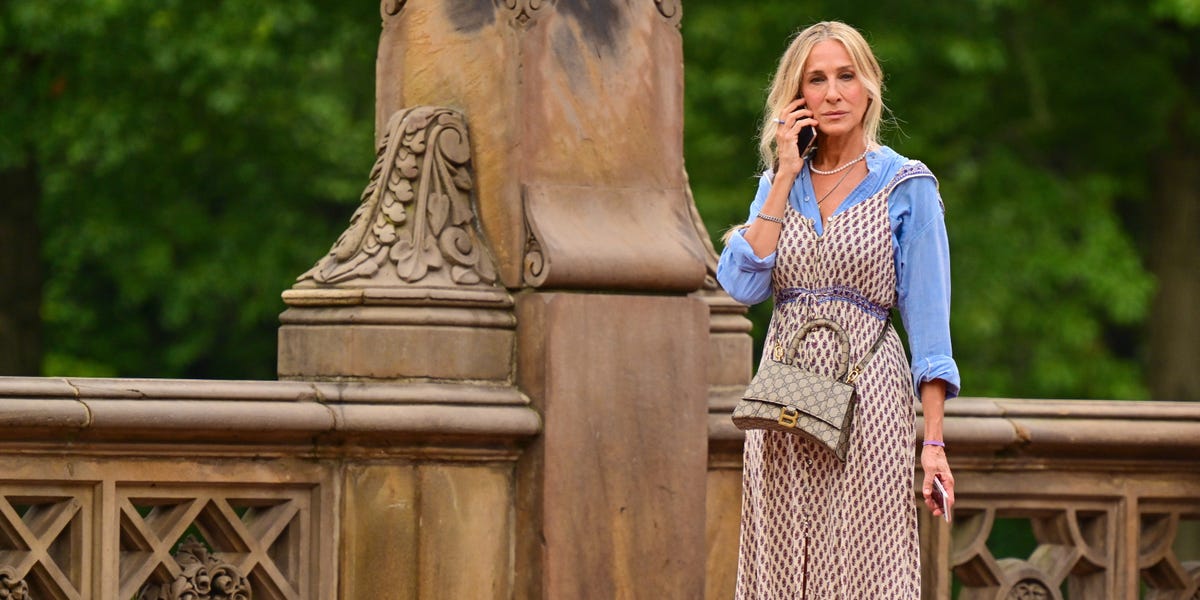 A dress worn by Sarah Jessica Parker in the “Sex and the City” reboot, “And Just Like That,” has been identified by the HBO Max show’s costume designers as a $5 secondhand piece, according to Page Six.

Molly Rogers and Danny Santiago told the publication’s Hannah Southwick in an interview published on Thursday that the item came from Santiago’s “personal archive of secondhand finds” and didn’t have a label.

In August, photographs of Parker filming as Carrie Bradshaw surfaced and some fans said they were surprised to see the character wearing what they thought was a Forever 21 patterned maxi dress rather than a designer outfit, Page Six reported at the time.

Page Six added that the dress was incorrectly identified as a Forever 21 item in a now-edited post by @justlikethatcloset, an Instagram page showcasing looks from the reboot with over 125,000 followers at the time of reporting.

The Instagram account further reported that the dress was paired with a blue button-up shirt, Terry de Havilland sandals, and a Gucci x Balenciaga “Hourglass” bag.

“He bought it many years ago for $5 or $6,” Rogers told Page Six of the dress from Santiago’s personal archive on Thursday. “We later learned that Forever 21 did have a [very similar] dress, but knocked off something from an Indian designer.”

She added: “Given how long Danny had the dress, we think it was probably from the original designer.”

Some fans said they felt the fast-fashion piece seemed out of character for the sartorial snob, with Chelsea Fairless and Lauren Garroni, the pair behind the Instagram account @everyoutfitonsatc, highlighting the inconsistency in a post on August 6 that has over 55,000 likes at the time of writing.

They wrote: “We were slightly skeptical of this theory from the beginning, because we can’t imagine a world where SJP would see a Forever 21 dress hanging on a rack and not run screaming in the opposite direction.”

on December 9, Rogers touched on the process of sourcing outfits for the show, saying: “There was definitely some ‘dumpster diving’ happening.”

“Coming out of the pandemic, I was feeling like I didn’t want to consume much,” she said, noting that they were more selective in their approach.

Rogers added: “We were being very picky and going for the recycled, vintage look of it all and sprinkling in the modern.”

Rogers and Santiago and representatives for Forever 21 did not immediately respond to Insider’s request for comment.