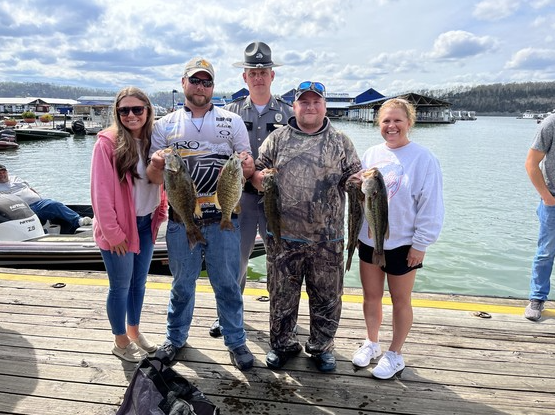 The annual match, in reminiscence of the past due Trooper, used to be held Saturday with 55 fishermen participating.

The match raised $3,130 for Trooper Island, which is a non-profit charitable operation advanced through Kentucky State Police the place Troopers and kids percentage a week-long revel in in a secluded nook of Dale Hollow Lake close to the Cumberland and Clinton County line.

The event paid 6 puts with the Big Fish winner being given a $200 buck Kentucky Outdoorsman Gift Card.

The Kentucky State Police and the VanHook circle of relatives thanked all of the sponsors and everybody who got here out and fished.