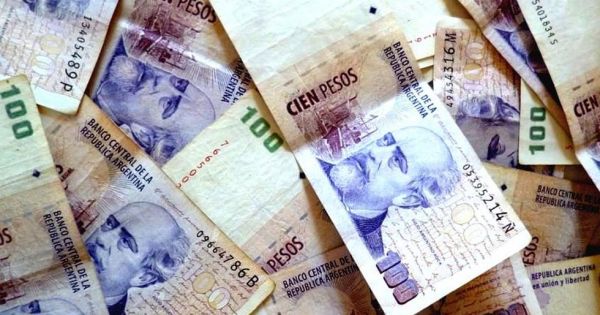 By Andrés Velasco (*) – Argentine voters are no strangers to financial turmoil, but they keep electing politicians who run large fiscal deficits and finance them by printing pesos. Could it be that the only way for politicians to show they want to save the economy is to destroy it first?

SANTIAGO – Karl Marx wrote that all great “world-historical facts” occur twice: “the first time as tragedy, the second as farce.” But what if they happen again and again, every few years, decade after decade? Is that tragic or farcical? Are such facts no longer “world-historical”? Or does the world just stop caring?

Those thoughts come to mind as yet another Argentine financial crisis unfolds. A whiff of farce is in the air: A president called Alberto Fernández clashes with a vice president also called Fernández (no relation), causing the economy minister to resign. The incoming minister announces that she will cut the fiscal deficit, even though Vice President Cristina Fernández de Kirchner, who really calls the shots, has made it clear she wants an even larger deficit. Markets go crazy, and the peso tumbles, resulting in a 150% gap between the black-market exchange rate – euphemistically known locally as the blue rate – and the official rate.

Argentina got to this point the same way that it got into economic trouble so many times in the past century. First, politicians promise higher expenditure but are unwilling to raise taxes to pay for it. The government then borrows until markets stop lending. Then the central bank prints pesos to finance both the primary deficit and debt-service payments until citizens refuse to hold the additional pesos. A run on the currency ensues.

But now there are two new twists. Previously, falling agricultural prices (Argentina is a big exporter) often helped trigger a crisis. In 2022, however, Argentina got into trouble even though commodity prices were until recently sky-high, owing largely to Russia’s war against Ukraine. It takes a certain talent for a commodity exporter to engineer a balance-of-payments crisis during a commodity boom.

In the past, Argentina borrowed mostly from abroad, and the financial squeeze occurred once Wall Street stopped lending. This time – in the second new twist – foreigners were unwilling to lend, so the borrowing occurred at home. Until recently, the Argentine Treasury was issuing the required bonds, but the local market also has become frozen, so the central bank is financing an increasing share of the fiscal deficit by printing pesos. In a mostly futile attempt to limit the inflationary impact of all that new money, the central bank has been attempting to sterilize it by issuing its own short-maturity bonds, which now amount to nearly 10% of GDP.

Since the central bank is owned by the Treasury, savers skeptical of Treasury bonds have no reason to hold more and more central bank bonds. At some point, they may well refuse to buy or roll over those, too. Then a debt crisis, unchecked money creation, or both, will be the only way forward.

The policies may look farcical, but the consequences are tragic. Annual inflation is running at a three-decade high and could reach 80% this year, and real wages are falling. Dollars are so scarce that many firms cannot import the inputs or spare parts they need. Argentina’s economy rebounded strongly last year after its 2020 pandemic-induced collapse, but growth is expected to slow in 2022. In the event of a full-blown financial crisis, growth could be zero or negative in 2023.

The available policy options also are anything but new. The government could accelerate the controlled depreciation of the official exchange rate or engineer a step devaluation; but, with inflation now spiking, that is unlikely to be enough. Or it could simply tighten capital controls and hope for the best. But, to paraphrase Abraham Lincoln, you can close some of the windows for capital outflows some of the time, but you cannot close all the windows all the time.

It does not take a graduate of the University of Chicago or a former International Monetary Fund official to recognize that Argentina’s problem is mostly fiscal. Primary government expenditures rose by over 10% year on year in real terms in the first half of 2022, on top of a much larger increase during the pandemic. Although the commodity boom has been keeping revenues temporarily high, the expected 2022 fiscal gap of 3.5% of GDP exceeds the 2.5%-of-GDP target agreed with the IMF. A deficit of 3.5% of GDP is not sustainable for a government with no access to international capital markets and rapidly vanishing access to domestic savings.

Whether fiscal policy is sustainable also depends on the economy’s growth rate and the cost of public debt. Argentina’s economy grows little and productivity is stagnant, owing in part to a highly distortive tax structure. And, given its checkered financial history, the government must pay a much higher interest rate than other emerging nations. So, here is the Catch-22: Argentina must fix its fiscal policy if the economy is to grow, and growth must increase in order to render fiscal policy sustainable.

The fiscal problem is compounded by a political problem. Any promises from a government whose two leading figures are constantly squabbling will lack credibility. Just as former US President Richard Nixon, a Republican, was best placed to seek a rapprochement with Mao Zedong’s China, left-wing Argentine Peronists would be best placed to carry out a lasting fiscal adjustment. Because they refuse to do so, hyperinflation, by eroding the real value of fiscal expenditures, may end up doing the job for them.

Argentina’s people have experienced high and recurrent inflation for nearly a century. They have witnessed at least nine defaults on external public debt (the first one in 1827 and the most recent in 2020). And they have lived through bank runs and currency runs of all shapes and sizes. Yet, they keep electing politicians (mostly but not exclusively Peronists) who run large fiscal deficits and finance them by printing pesos. Why?

One possibility is that extreme ideological obtuseness survives all encounters with reality and makes change impossible. Axel Kicillof, a former economy minister under Cristina Fernández de Kirchner, wrote that talk of an “uncontrolled fiscal deficit” is just a “scam” to “continue cutting off rights.”

Harvard economists Rafael Di Tella and the late Julio Rotemberg propose a different theory: Populist politicians adopt extreme and ultimately unsustainable policies to signal that they are not in the pocket of powerful elites. In a society with as little mutual trust as Argentina’s, the only way politicians can show they want to save the economy is to destroy it first. In this, they have succeeded: Argentina’s ever-repeating farce is nothing short of tragic. (PS).

(*) Andrés Velasco, a former presidential candidate and finance minister of Chile, is Dean of the School of Public Policy at the London School of Economics and Political Science. He is the author of numerous books and papers on international economics and development, and has served on the faculty at Harvard, Columbia, and New York Universities.