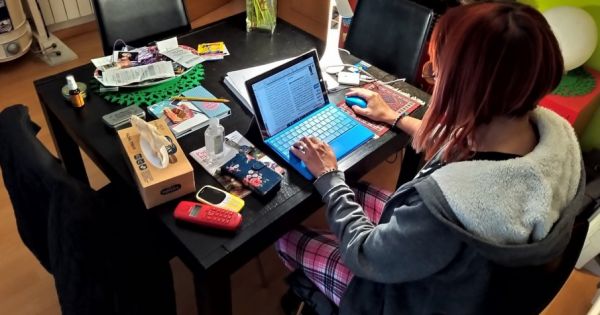 Argentine President Alberto Fernández has decided that all civil servants go back to teleworking for two days -Jan. 13 and 14- as a result of the heat wave and the numeous problems with electricity supply.

The Government’s measure is aimed at cutting down the demand of electricity, it was explained. The decision was published Thursday in the Official Gazette and was signed by Fernández and Cabinet Chief Juan Manzur.

However, the heads of each agency can designate groups of essential workers who must still show up at their workplaces to guarantee minimum services in critical areas of community care.

In order to reduce the consumption of electrical energy, on January 13 and 14, 2022, starting at 12 noon, agents of all jurisdictions, agencies and entities of the National Public Sector must perform the provision of services through the modality of remote work provision, if this is possible, says the decree.

Since the beginning of the week, Argentina has been experiencing a heat wave with temperatures around 40ºC.

In the midst of this situation, there were multiple power outages, especially in the City of Buenos Aires and its suburbs.

Opposition PRO Chairwoman Patricia Bullrich was against Fernández’s decision saying that in the private sector he who runs out of electricity does not work, nor does he get paid and on top of that he he loses his merchandise, while the state employee gets paid and stays at home.