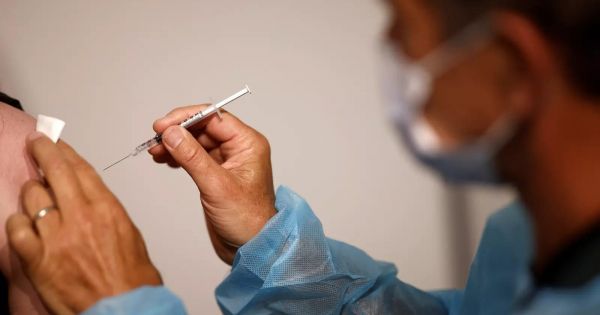 Argentina’s Health Minister Carla Vizzotti has admitted a Health Pass was coming up effective Dec. 1 as new strains of the coronavirus were being detected in other continents. The new pass would be mandatory for higher risk activities, events involving large crowds and indoor gatherings for people aged 13 and over.

The official admitted Saturday in a radio interview the Government was still working on the details of the Health Pass, which were to be announced as soon as they were finalized.

Vizzotti also reckoned the idea was to speed up the vaccination processes with second and third doses, amid reports of outbreaks in Europe and new strains concerning the World Health Organization (WHO).

We have decided to work on it since December so that we can stimulate and speed up vaccination in all its instances, acknowledged Vizzotti, who pointed out 8% of Argentines aged 18 or older have not yet begun their inoculation schemes, while there were around 7 million second doses in conditions to be applied to people who never showed up for it.

In addition, there is the challenge of the third doses and reinforcements, Vizzotti further explained, as immunity wanes down with the passing of time and a drop in immunity could trigger further lockdowns.

”The treatment of this possibility was on the agenda of the Cofesa (Federal Council of Health Ministers) [even] before there was news of the new variant, said Vizzotti, about the new Omicron strain.

The minister also said the health pass was still being evaluated by national and provincial authorities but added it will not start safely until December 1 and it is expected to work through the Cuid. ar mobile application for those over 13 years old.

The health pass is to favour those who get vaccinated because vaccination is a collective act, not just an individual one, the minister said. And she stressed: We need to prepare again to minimize any regrowth and delay the entry of the new variant as much as possible, as we did with Delta.

The sanitarian also explained the idea was that those who delayed their scheme have the encouragement to take that little step to perceive the importance of completing the vaccination scheme.

Regarding the Omicron variant, Vizzotti stressed that it came from places where vaccination per number of inhabitants was low.

Meanwhile, Buenos Aires province Health Minister Nicolás Kreplak insisted on the importance of vaccination and acknowledged making it mandatory was not necessary for now, but he did say such a freedom-restricting decision was not unreasonable if the epidemiological situation changed. He also said he was very much concerned about people who had failed to show up for their second dose of vaccine.

The mandatory nature of the anticovid vaccine is one of the measures that can be taken if the other measures do not work. It is one of the issues that were put on the table yesterday with the Ministers of Health of the country.”