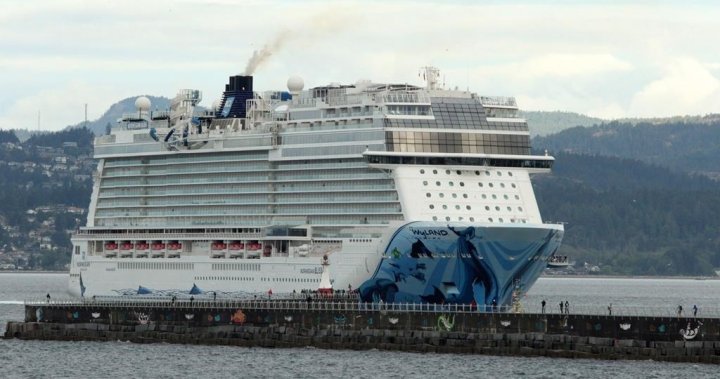 The federal government’s ban on international cruise ships has been lifted, providing some hope to residents of Canadian cities whose economies rely on tourism.

The pandemic-related restriction ended Nov. 1, opening the doors to a busy season next year — even if Ottawa is still advising Canadians not to go cruising themselves.

“Bookings for cruises have already begun and we can see that the bookings are very strong for next year,” said Ian Robertson, CEO of the Greater Victoria Harbour Authority.

“We look forward to working with Transport Canada and the Public Health Agency of Canada confirming the vaccination requirements that will be in place for all passengers.”

British Columbia is the hub of cruise travel in Canada, making up about 50 per cent of all cruise traffic, according to a report from Destination BC.

The cruise industry pumped roughly $130 million per year into the Victoria region before the pandemic and employed about 800 people, adds the Greater Victoria Harbour Authority.

The success of the B.C. capital’s 2022 cruise season, however, could be impacted by an American bill that, if passed, would allow cruise ships to permanently skip ports in B.C.

For years, it forced cruise ship companies to either start in Vancouver or stop in Victoria on the way from Seattle to Alaska.

Last summer, however, President Joe Biden signed a temporary exemption to that law that would stand as long as Canadian waters remained closed.

On Tuesday, B.C. Transportation and Infrastructure Minister Rob Fleming said his department is “keeping an eye on that,” even though the president’s exemption lifted in tandem with Canada’s cruise ban.

“The premier has briefed the prime minister a number of times, including just after the election, about (how) important this is to B.C. — that we build back better with our American friends based on the status quo,” Fleming told Global News.

“It’s looking like just by sending the signal that Canada is open for business, Alaska and B.C. are going to benefit tremendously.”

Fleming said cruises to and from Alaska are “enhanced by the two-country” experience, and B.C. has supported the growth of the Alaskan cruise industry.

1:44
International flights to return to Regina and Saskatoon

International flights to return to Regina and Saskatoon

Barry Penner, legal adviser to Cruise Lines International Association in Canada, said Canada can’t prevent that legislation from moving forward, but may help by clarifying its own cruising rules.

There are details missing from Ottawa’s new travel guidelines, he said, including what rules will be in place for ships and passengers returning from the U.S.

“If you want to take the wind out of the sails of the Alaska legislators in pushing this legislation, probably the best that Canada can do is bring more certainty that cruise ships and passengers can come back here by providing the rules now,” Penner explained.

The Canadian government is still advising Canadians not to be passengers on international cruise ships.

If a COVID-19 outbreak were to occur on a ship outside of Canada, it’s “unlikely” there would be a government-organized repatriation flight home, say its updated guidelines.

“You could be subject to quarantine procedures onboard the ship or in a foreign country,” they read.

“The range of consular services available to those on cruise ships may be significantly restricted by local authorities, especially in situations of quarantine.”

Penner said his organization is trying to work with the federal government to “bridge” whatever information gap that has led Canada to simultaneously welcome international cruise vessels, but discourage Canadians from travelling on them.

With files from Claire Fenton and Richard Zussman