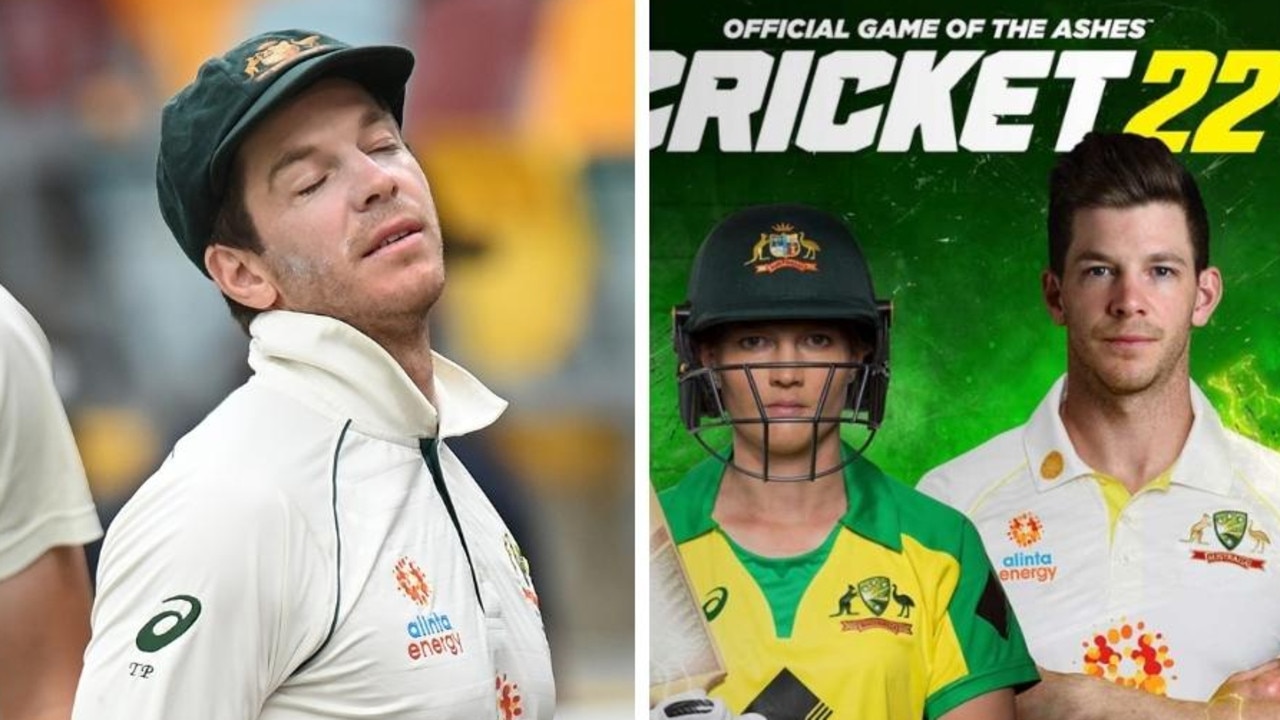 The ramifications of Tim Paine’s sexting scandal are being felt far and wide, with the video game industry also forced to take action.

The Cricket 22 video game release date has been delayed in response to the sexting scandal involving Australian wicketkeeper Tim Paine.

On Friday, Paine stepped down as Australian Test captain after it was revealed he had sent a former Cricket Tasmania employee a “d*** pic” and a series of lewd messages on the eve of the 2017/18 Ashes series.

Cricket Australia’s integrity unit reportedly investigated the sexually charged messages after Paine was named Test captain in March 2018, but no action was taken because he had not breached the organisation’s code of conduct.

Sport‘s greatest rivalry is just around the corner and you can catch the Ashes live and ad-break free during play. New to Kayo? Start your free trial today.

Speaking to reporters on Saturday, newly-appointed CA Chair Richard Freudenstein admitted the organisation should have disclosed the sexting scandal earlier.

“I acknowledge the decision clearly sent the wrong message to the sport, to the community and to Tim, that this sort of behaviour is acceptable or without serious consequence,” Freudenstein said.

“The role of the Australian cricket captain must be held to the highest standards.

“Based on the facts as they are today, the board of Cricket Australia today would not have made that decision.”

In response to the scandal, Melbourne-based video game developer Big Ant Studios has been forced to push back the Cricket 22 released date seven days so it can redesign the cover, which originally featured Paine and Australian women’s captain Meg Lanning.

The highly-anticipated follow-up to Cricket 19 was initially slated for a November 25 release, but has been pushed back to December 2.

“We know you‘re excited to get your hands on Cricket 22 – The Official Game Of The Ashes,” Big Ant Studios said in a statement on Monday.

“We’re every bit as keen to get the game to you, as the team has been working incredibly hard to make what we believe is our greatest title yet.

“Unfortunately, factors beyond our control have meant that we need to update the game‘s cover art, other visuals and team lists. There was a critical day 1 patch that players will need to enjoy the full Cricket 22 experience that has consequently needed to be revoked. The new patch won‘t be ready for release until December 2.

“As a result, we have made the difficult decision to delay the game‘s release by a week for all platforms both physical and digital. This is the first time Big Ant Studios have ever had to delay a game release, but we find ourselves in an unprecedented position. Everyone at Big Ant Studios would like to thank our fans and supporters for understanding our need to do this, ensuring the game is as full and authentic a cricket experience as is possible.

“We will update you with further details soon. In the meantime, circle December 2 on the calendar! We can‘t wait to see you out there on the field.”

“As Tim has resigned his captaincy, the Cricket 22 cover will be changed on all digital storefronts.”

Cricket 22 will be released on PlayStation 4 and 5, Xbox Series S, Xbox Series X, Nintendo Switch and PC in early December.

Paine and his wife Bonnie spoke about the sexting saga in a wide-ranging interview with the Herald Sun on Sunday.

The 36-year-old cricketer, who has two children with Bonnie, said the text message exchanges with the Cricket Tasmania employee began as normal communications, “but then it became a flirtatious exchange that should never have”.

Paine will represent the Tasmanian second XI in a four-day match against South Australia’s second XI starting Monday before he travels to Queensland and joins the Test squad.

“Whenever you go through challenging times you want to be around your mates and do what you do best,” Cricket Tasmania high performance manager Simon Insley told reporters at Lindisfarne Oval on Monday.

“He’s an exceptional cricketer and he wants to play cricket and get ready for the Ashes.

“He wants to show signs of good form and show that he’s ready for selection.

“We all know Tim Paine, he’s a very determined individual.”

The first Ashes Test at the Gabba gets underway on Wednesday, December 8.