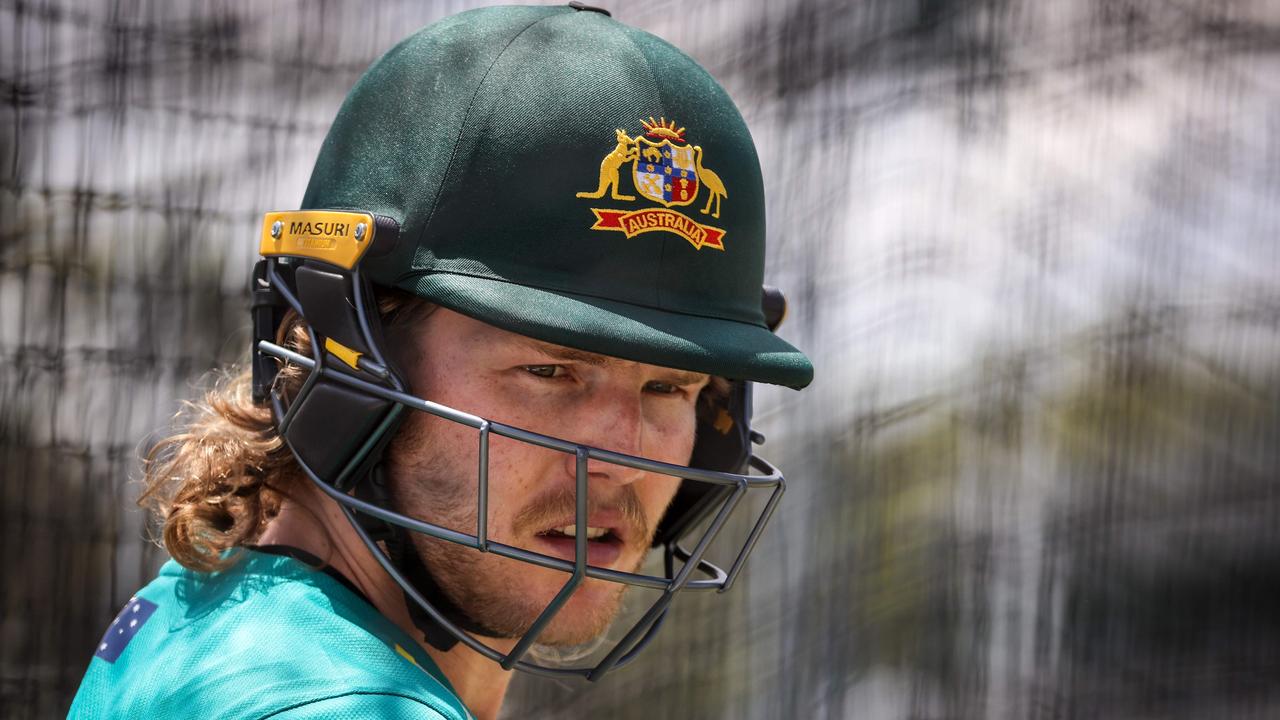 Victorian star Will Pucovski is “unlikely” to feature in the first Ashes Test after the batting prodigy’s recovery copped another setback.

Victorian coach Chris Rogers believes it’s “unlikely” Will Pucovski will play in the first Ashes Test at the Gabba after revealing the opening batter was still experiencing concussion symptoms.

It was reportedly his 10th concussion.

Speaking to reporters on Wednesday afternoon, Rogers confirmed that Pucovski would not feature in Victoria’s upcoming Sheffield Shield match at the MCG, which is scheduled to get underway on Friday.

Rogers also suggested Pucovski would be unavailable for the First Test against England, which gets underway in Brisbane on Wednesday, December 8.

“He hasn’t quite recovered as well as hoped for this game from the concussion,” Rogers said.

“In discussions with the medical team and national selectors, it was felt that we’d give him a bit more time before he’s selected to play for Australia.

“All the people in these conversations understand we’ve got an immense talent on our hands and we want him to be playing in three to five to 10 years. These are the decisions we’re going to make in his best interests and hopefully we can set him up to play for a long career.

“No doubt it’s a setback – I’d say now it’s unlikely he’ll play in the first Test. If we do play a third Shield game in mid-November, and there might be a second XI game for Victoria as well, that might prepare him for one of the matches in the middle of the Ashes series.

“That’s the best-case scenario at the moment.”

Rogers also confirmed that Pucovski is yet to return to the nets since his latest concussion setback.

Pucovski burst into the spotlight last summer after scoring consecutive double centuries in the Sheffield Shield, including a record-breaking partnership of 486 with Victorian teammate Marcus Harris.

But the batting prodigy’s Test debut was delayed after he was struck in the helmet by a bouncer during a warm-up match against India A at Drummoyne Oval in December 2020.

Pucovski recovered from the concussion and made his international debut at the SCG New Year’s Test in January, scoring an impressive 62 in his maiden Test innings.

But he then needed to undergo a full shoulder reconstruction after hurting his right shoulder during the Sydney test against India.

Pucovski’s latest setback opens the door for Queensland’s Usman Khawaja or Harris to join the Australian starting XI for the Gabba Test.

“The selectors will pick the people who are in form, bring it down to who they think are the right two or three candidates, then make a decision,” Warner said.

“Looking back, Puck was in waiting, then he played (his one Test), then hurt his shoulder and he’s been recovering. But he’s a hell of a player, he’s primed and right for international cricket.

“If I was to make a judgment call, he’s the first person who is on the top of their list.”

Pucovski’s professional career has been plagued by concussion and mental health — he took an indefinite break from the sport in late 2018 to focus on his mental wellbeing.

Last month, Derbyshire wicketkeeper Harvey Hosein retired from professional cricket at age 25 after missing most of the 2021 season with concussion.

“He hasn’t played for seven months. You have to walk straight back in the cauldron and perform against very good opposition. That would have been playing on his mind,” Rogers said.

“Of course he wants to play for Australia for a long time to come. There’s a strong desire to get him into that Australian side, he’s such a talented player.

“I think the decision is to look after him and allow him a bit more time to prepare in the right time rather than rush him to matches which are going to have a lot of intensity and scrutiny.”