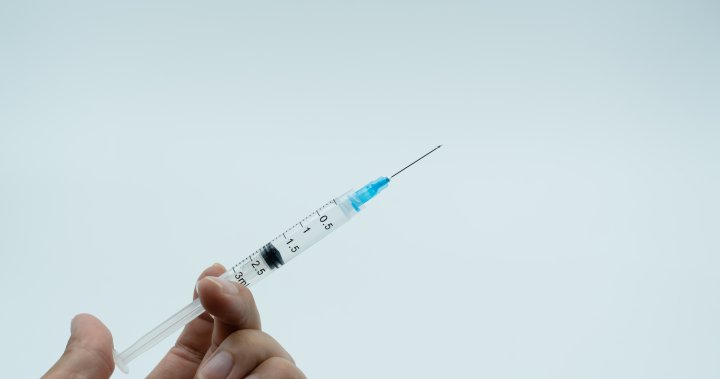 The announcement in some provinces that Canadians fully inoculated with AstraZeneca’s COVID-19 vaccine will be among the first to get a booster dose has been welcome news for some recipients — but is leading to a new round of worries for others.

Chief among those worries are the ramifications of mixing that viral vector-based shots with an mRNA vaccine for their third dose, which could include barriers to international travel and other paperwork-related headaches.

“I’m going to say I have mixed emotions about it,” said Sam Glass, a culinary arts instructor from Thornhill, Ont., who loves to travel and is worried that getting a booster — which he still plans to do — may impact his lifestyle.

For Glass, it’s another instance of feeling like he got the lesser deal as vaccinations rolled out across the country earlier this year.

“I guess the analogy was, when I got AstraZeneca, I got a Chevrolet,” he said. “And when people got Pfizer or Moderna, they might have gotten a Cadillac. They’re all reliable, but you’d be lying if you said you didn’t want the Cadillac.”

That sentiment was further enforced last week, when the National Advisory Committee on Immunization (NACI) said recipients of viral vector vaccines like AstraZeneca should be among those prioritized for booster doses.

The decision was based on emerging evidence that those vaccines may offer waning immunity over time.

One study out of the United Kingdom found protection against the Delta variant fell to less than 50 per cent 20 weeks after the second dose of AstraZeneca, compared with nearly 70 per cent for Pfizer’s mRNA vaccine.

For now, only Alberta health-care workers who are fully vaccinated with AstraZeneca will be prioritized, the province announced Wednesday.

For Franco Polillo, a technical writer based in Toronto, the fact he can get a third dose at all is welcome news.

“A lot of people around the world aren’t even able to get any kind of vaccine,” he said. “So if I can get a third one, you know, that makes me feel quite alright.”

Polillo said he’s never been worried about being protected against COVID-19 after receiving AstraZeneca. He is also confident that any hiccups that arise from mixing in an mRNA booster will be sorted out as officials review emerging data.

But Glass said that, in the meantime, better communication from federal and provincial governments is needed.

“Why are the rules slightly different in Ontario and B.C. for the same thing?” he asked. “It’s things like that where I wish there was more consistent messaging.”

Glass was already frustrated back in the summer when the NACI advised that people who received a first dose of AstraZeneca should receive an mRNA vaccine, like Pfizer or Moderna for their second dose as a “preferred” choice if they can.

That advice was based not only on the higher efficacy of mRNA vaccines, but also reports of very rare fatal blood clots in some AstraZeneca recipients.

Glass then waited with bated breath as the U.S. and the U.K. mulled whether to allow travellers with mixed vaccines to enter the countries without having to quarantine.

Both countries ultimately voted in favour of the practice, but others like Japan and China have yet to issue similar guidance.

But even if those roadblocks do pop up, Glass said it won’t necessarily stop him from getting a booster.

“I don’t know if (travel issues) would change my mind, but it’s definitely a concern,” he said.

“Hopefully, after everyone digests what was just announced (in Ontario), they will lay out clearly what this means and what we might face. That’s my hope.”

Health experts have been quick to point out that the AstraZeneca vaccine still offers good protections against COVID-19 and its more transmissible variants, including Delta.

Dr. Isaac Bogoch, an infectious disease specialist with Toronto General Hospital, previously told Global News that AstraZeneca is not a “second-class” vaccine in terms of effectiveness and people who got two doses of it shouldn’t feel “shortchanged.”

Polillo said he’s simply looking forward to getting his booster, regardless of any potential issues.

“It seems to me that anything I can do to make myself and other people safer is a good thing,” he said.

— with files from Global’s Leslie Young