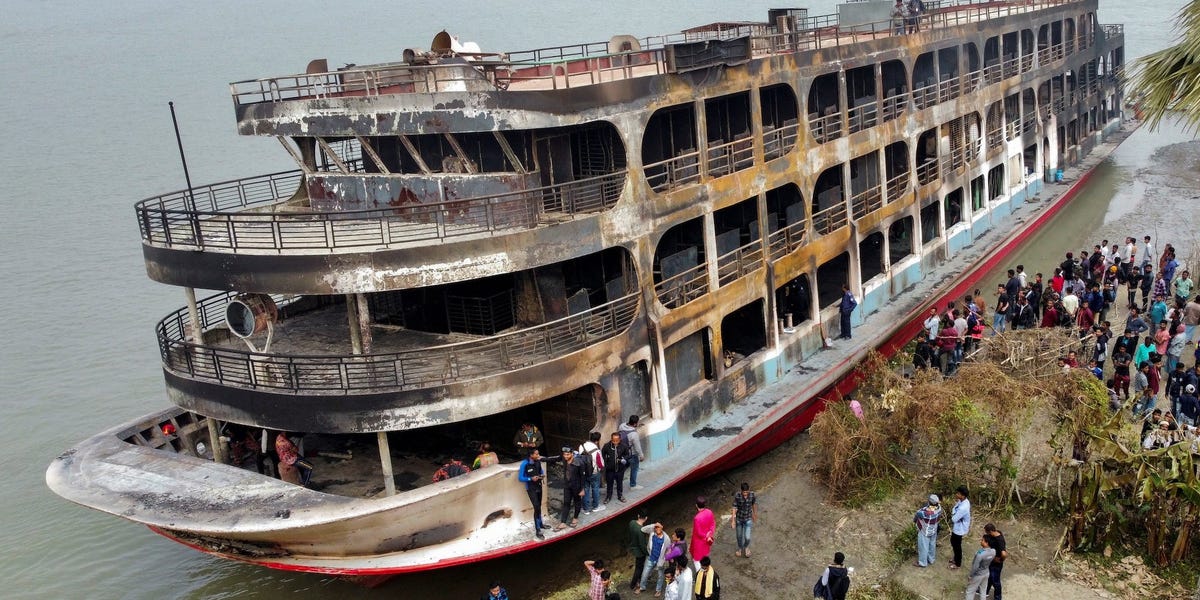 A ferry caught on fire in Bangladesh on Friday, killing at least 38 people and injuring hundreds more.

“We have recovered 38 bodies so far,” he said, according to Reuters.

Officials said around 100 people were injured, the BBC reported.

The ferry was going from Dhaka, Bangladesh’s capital, to the town of Barguna, Bhuiyan said.

It was going via Jhalakathi, a district in southern Bangladesh, where the burnt ship is now located.

Zohor Ali, the administrator of Jhalakathi, said that some people are still missing and others have been brought to hospital where some are in critical condition, Reuters reported.

He said the death toll could reach 50.

Some people drowned after jumping from the flaming ship, the BBC reported.

The cause of the fire is unclear, Reuters reported.