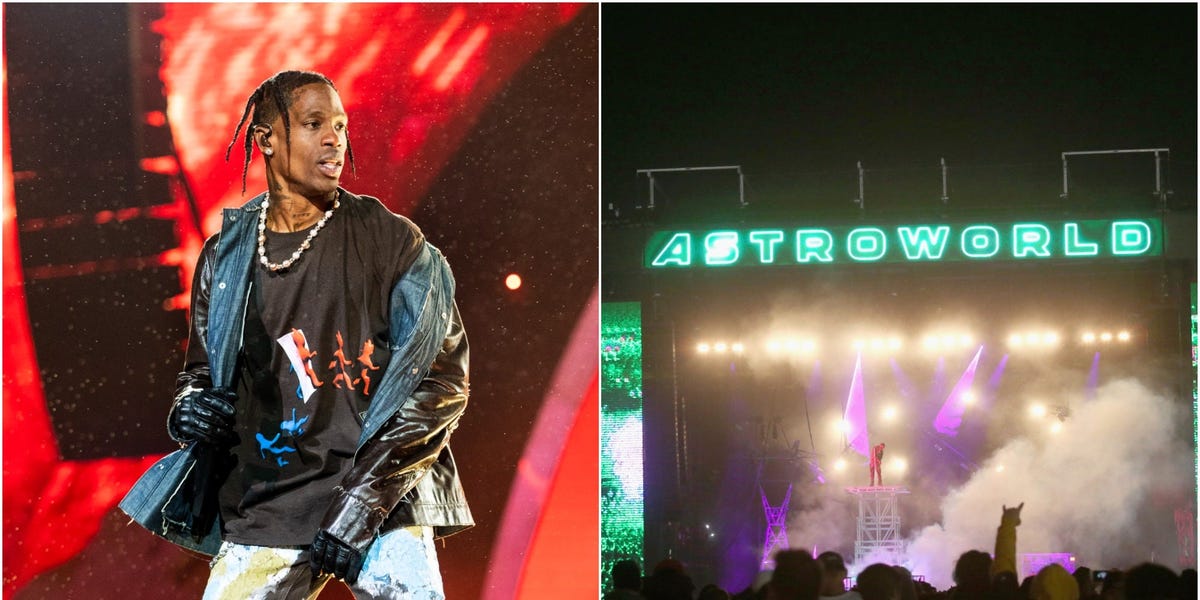 Attorney Brent Coon announced Monday that his firm filed more than 1,500 cases on behalf of 1,547 concertgoers against the Astroworld organizers — seeking a sum of $10 billion, according to Brent Coon and Associates.

“What happened at Astroworld was an unconscionable tragedy and it is important that justice is served for all those impacted,” said attorney Brent Coon in an emailed statement to Insider.

Prior to Coon’s announcement, there were just under 300 cases involving 1,250 plaintiffs filed by other law firms, Insider previously reported. Coon’s more than double the number of plaintiffs in all Astroworld-related suits so far.

The firm told Insider that they filed several hundred cases in the past couple of weeks and that the number of cases may still rise.

Ten people died and 300 people were injured at the Astroworld festival in Houston, following a crowd surge. Concertgoers described a “sinkhole of people” during Scott’s performance – which didn’t stop for more than 30 minutes after it was declared a “mass casualty event.”

Coon — who is also the founder of Coondog Productions, a concert promotion company — claims he’s had to stop an event from getting “out of hand” before and that all Astroworld involved parties had the ability and the responsibility to prevent the deaths and injuries at the festival.

“The fact that not a single company or individual involved in this incident EVER made an effort to do so here, when it was readily apparent things were out of hand, is shameful,” said Coon. “Trying to publicly dodge culpability is irresponsible and inconsistent with what really goes on behind the scenes in these events.”

In addition to the $10 billion in claims requested, Coon’s firm is also asking for legislative action — including “crowd control planning specialists to certify events, mandated training programs for event preparation and criminal liability for any wrongdoing,” according to the press release.

In a previous statement, Live Nation said they were “heartbroken for those lost and impacted at Astroworld.” ScoreMore previously released a statement saying their “entire team is mourning alongside the community.” Both companies said they were cooperating with authorities.

“I’m absolutely devastated by what took place last night,” Scott said in a statement posted to Twitter the day after the early November event. “My prayers go out to the families and all those impacted by what happened at Astroworld Festival.”

His legal team denies all allegations and filed 11 responses to lawsuits on Tuesday asking a judge for the cases to be “dismissed with prejudice,” per court documents emailed to Insider by a representative for Scott.

A Houston Chronicle investigation found that “critical failures by multiple authorities tasked with ensuring the safety of attendees that day, including inadequate and poorly trained security, deficient coordination between city officials and festival management, and a nearly hourlong delay in halting the show after the danger became apparent.”

Brent Coon and Associates filed for a consolidation of all Astroworld cases to be more efficiently featured in one Harris County courtroom.

Live Nation, ScoreMore, and attorneys for Scott did not immediately respond to Insider’s request for comment.