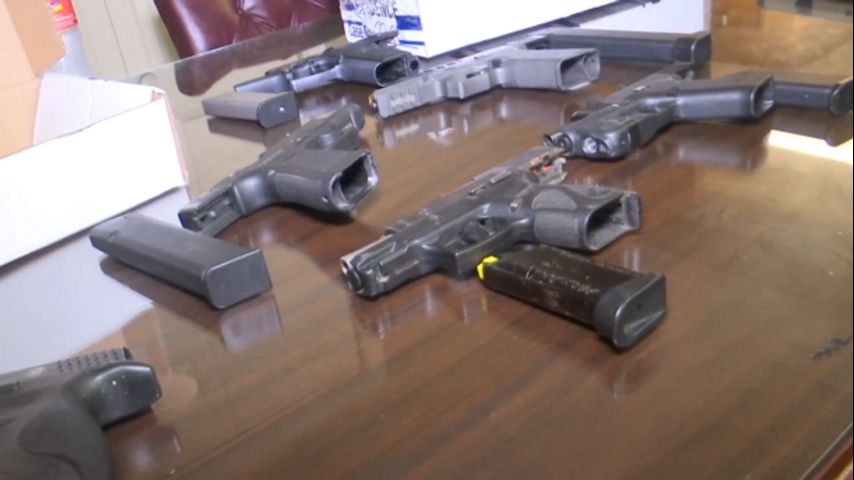 BAKER – Tanzie B. Clark says she hears numerous weapons being fired from the road in the back of her area.

“That’s all you hear over there is gunshots,” Clark mentioned. “Most of the shots come from the back and I have the last room on the back of the house.”

Baker Police Chief Carl Dunn unpacked about two dozen weapons officials confiscated all through the previous week. Six of them had been taken simply the previous day.

“It’s surprising that we can do this one week and come back the next week and do the same thing,” Dunn mentioned.

The firearms are all semi-automatic handguns with 10-round magazines. For Chief Dunn, on the subject of taking weapons off of the streets of Baker, he is taking it in my view.

“We are going to do everything in our power to make the streets of Baker as safe as possible,” Dunn mentioned. “Because I live here, my children live here, and my grandchildren are here.”

Most of the weapons police confiscate are discovered all through visitors stops. Officers say out of each and every ten cars they prevent, they to find no less than 9 weapons.

Thursday, 4 arrests had been made after weapons had been confiscated. Dunn says his officials are already again out at the streets on the lookout for extra.

“We want all of our citizens safe and if we got to do this every day that is what we are going to do,” Dunn mentioned.