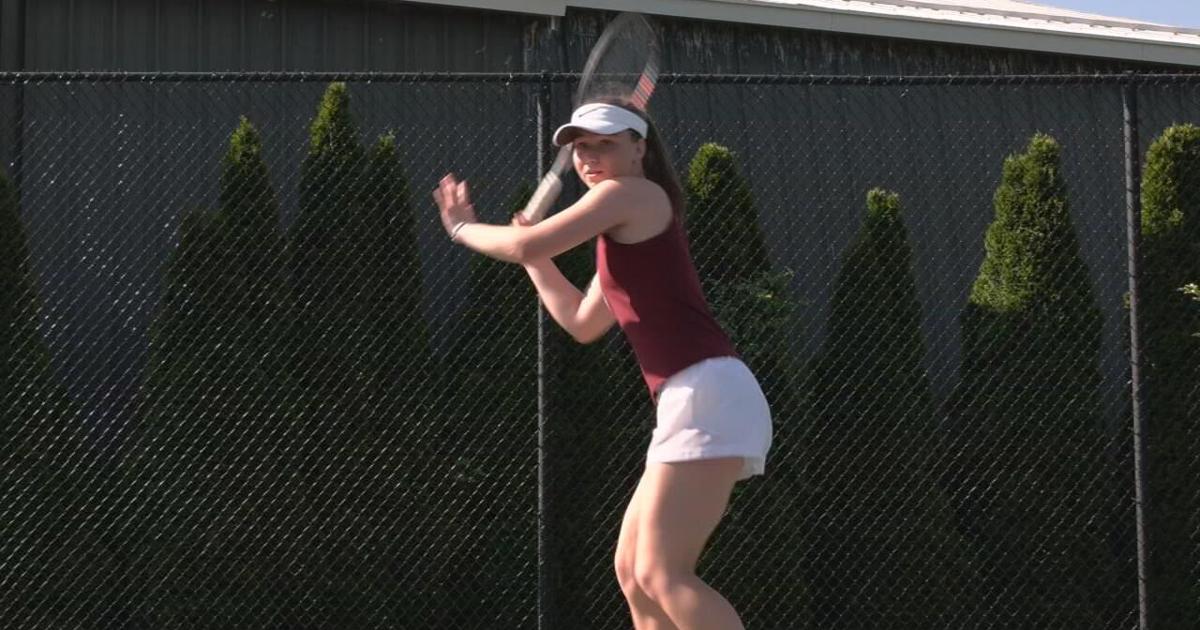 LOUISVILLE, Ky. (WDRB) — The top women’s tennis player at Bellarmine has not been able to return to her native Belarus because of the war in that part of the world. But she has found help and comfort with her new friends here.

“It was obvious from the get-go that she was going to be our number one girl and she took it head on,” said Bellarmine head women’s tennis coach Brian Slack. “It was one of those ‘I want to play one, I want that challenge, I want to play the best’.”

“That was far from the biggest challenge taken on by the Freshman from Belarus, known to all around here as Kat.

“When my mom called me, she’s like ‘your (credit) card doesn’t work,” said Tikhonko. “‘You’re like broke, completely’.”

Belarus sits on the southwest border of Russia, just north of Ukraine, kind of caught in the middle of the current conflict, so going home to see her mother or father of younger sister wasn’t going to be an option this summer. Any credit cards tied in with Russian banks were shut down.

So Kat’s in a foreign country, her money supply was cut off and her visa limits where she can work. She’s on scholarship but still needs money for food and insurance. Bellarmine coaches have come through to help her through this difficult time.

They have found some jobs on campus she could do, filling in wherever she could fill in. She’s helping out with housing. Field Hockey coach Devanny Boisvert had her help with a camp for several weeks and men’s basketball coach Scott Davenport has put her to work, helping with his camps.

“I just got really lucky with the people here,” said Tikhonko. “That’s it. That’s all that saved me.”

Kat said she was watching all the news when the war first broke out back home, but stopped after a while.

“I was just kind of sad and also, this news was just dragging me down,” she said.

As for what’s happening around her home country…

“Let’s say I don’t support violence at all.”

She has managed to maintain a positive attitude and achieve at a very high level in her first year at Bellarmine.

Tikhonko feels like her game continues to improve although she’s been slowed a bit by a sprained ankle in recent weeks. Her coach feels like her overall mentality and never give up attitude might be her greatest strength.

Something she has shown during this challenging time off the court as well.