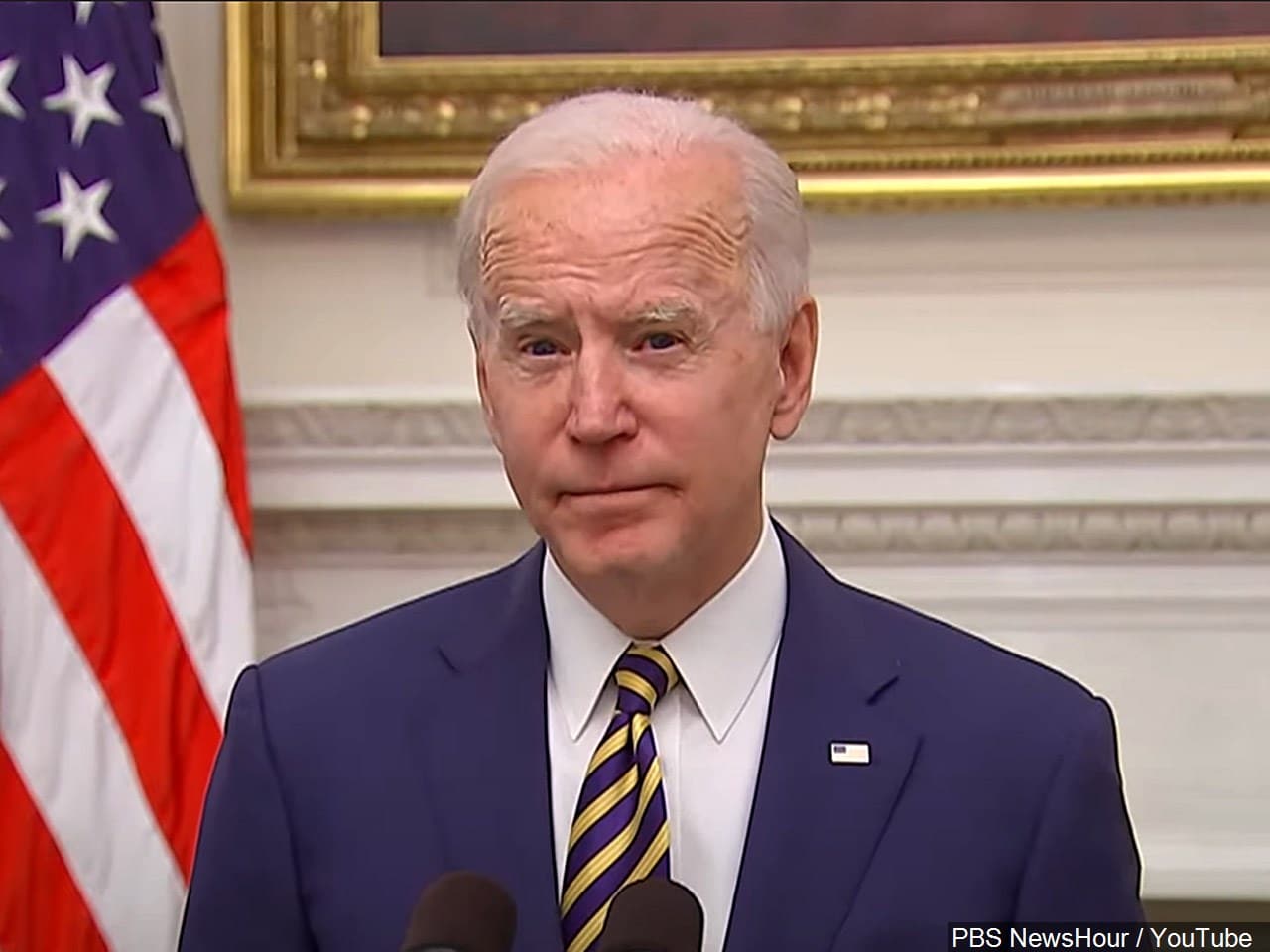 WASHINGTON (AP) — President Joe Biden on Wednesday called on Congress to suspend federal gasoline and diesel taxes for three months — an election-year move meant to ease financial pressures that was greeted with doubts by many lawmakers.

The Democratic president also called on states to suspend their own gas taxes or provide similar relief, and he delivered a public critique of the energy industry for prioritizing profits over production. It would take action by lawmakers in Washington and in statehouses across the country to actually bring relief to consumers.

“It doesn’t reduce all the pain but it will be a big help,” Biden said, using the bully pulpit when his administration believes it has run out of direct levers to address soaring gas prices. “I’m doing my part. I want Congress, states and industry to do their part as well.”

Biden’s push faces uphill odds in Congress, which must act in order to suspend the tax, and where many lawmakers, including some in his own party, have expressed reservations. Even many economists view the idea of a gas tax holiday with skepticism.

Democratic House Speaker Nancy Pelosi offered a noncommittal response to Biden’s proposal, saying she would look to see if there was support for it in Congress.

“We will see where the consensus lies on a path forward for the president’s proposal in the House and the Senate,” Pelosi said.

In his speech, Biden tied higher energy prices to Russia’s invasion of Ukraine and said, “defending freedom, defending democracy was not going to go without cost for the American people and the rest of the free world.” The president noted that lawmakers backed sanctions against Russia and aiding Ukraine despite the risks of inflation from resulting energy and food shortages.

“So for all those Republicans in Congress criticizing me today for high gas prices in America: Are you now saying you were wrong to support Ukraine?” Biden said. “Are you saying that we would rather have lower gas prices in America than (Russian President Vladimir) Putin’s iron fist in Europe? I don’t believe that. ”

The president said “states are now in a strong position to be able to afford to take some of these actions,” thanks to federal support from the 2021 COVID-19 relief bill. But there is no guarantee that states will tap into their budgets to suspend their taxes on gas or to deliver rebates to consumers, as Biden is requesting.

Barack Obama, during the 2008 presidential campaign, called the idea of a gas tax holiday a “gimmick” that allowed politicians to “say that they did something.” He also warned that oil companies could offset the tax relief by increasing their prices.

The administration is saying that gas tax suspensions at the federal and state levels as well as energy companies pouring their profits into production and refining capacity could cut gas prices by $1 a gallon.

High gas prices pose a fundamental threat to Biden’s electoral and policy ambitions. They’ve caused confidence in the economy to slump to lows that bode poorly for defending Democratic control of the House and the Senate in November.

Biden’s past efforts to cut gas prices — including the release of oil from the U.S. strategic reserve and greater ethanol blending this summer — have not delivered savings at the pump, a risk that carries over to the idea of a gas tax holiday.

The president can do remarkably little to fix prices that are set by global markets, profit-driven companies, consumer demand and aftershocks from Russia’s invasion of Ukraine and the embargoes that followed. The underlying problem is a shortage of oil and refineries that produce gas, a challenge a tax holiday cannot necessarily fix.

Mark Zandi, chief economist at Moody’s Analytics, estimated that the majority of the 8.6% inflation seen over the past 12 months in the U.S. comes from higher commodity prices due to Russia’s invasion and continued disruptions from the coronavirus.

“In the immediate near term, it is critical to stem the increase in oil prices,” Zandi said last week, suggesting that Saudi Arabia, the United Arab Emirates and a nuclear deal with Iran could help to boost supplies and lower prices. Republican lawmakers have tried to shift more blame to Biden, saying he created a hostile environment for domestic oil producers, causing their output to stay below pre-pandemic levels.

Senate Republican leader Mitch McConnell mocked the gas tax holiday as an “ineffective stunt” in a Wednesday floor speech. “This ineffective administration’s big new idea is a silly proposal that senior members of their own party have already shot down well in advance,” he said.

Rep. Peter DeFazio, the Democratic chairman of the House Transportation and Infrastructure Committee, said he would not support suspending the gas tax. “I’m going to be working against it. I have the largest committee in Congress, so we’ll see.”

DeFazio said a better course would be to tax oil companies on “windfall profits.”

House Majority Leader Steny Hoyer, D-Md., said he would look at the proposal because Biden has proposed it.

“What I’m not sure is that it in fact will have the intended effect in terms of the retail price, whether in fact we will save the consumer money,” Hoyer said. “Do I think we have the votes? We haven’t counted, so we don’t know yet.”

Administration officials said the $10 billion cost of the gas tax holiday would be paid for and the Highway Trust Fund kept whole, even though the gas taxes make up a substantial source of revenue for the fund. The officials did not specify any new revenue sources.

The president has also called on energy companies to accept lower profit margins to increase oil production and refining capacity for gasoline.

This has increased tensions with oil producers: Biden has judged the companies to be making “more money than God.” That kicked off a chain of events in which the head of Chevron, Michael Wirth, sent a letter to the White House saying that the administration “has largely sought to criticize, and at times vilify, our industry.”

Asked about the letter, Biden said of Wirth: “He’s mildly sensitive. I didn’t know they’d get their feelings hurt that quickly.”