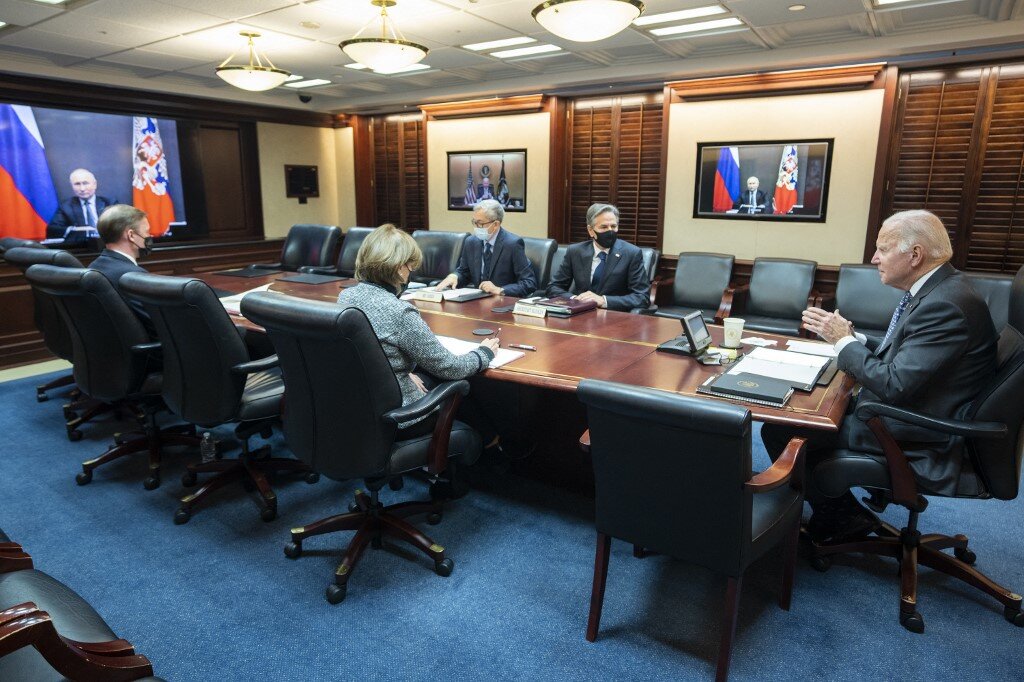 On December 7, presidents Joe Biden and Vladimir Putin held a two-hour video call. Many friends of Ukraine were worried about Ukraine being the main topic of discussion, but not being present. Yet, others argued that it was important that the US president got through to Putin to clarify to him that if Russia attacked Ukraine again, there would be very serious consequences.

Putin, on the contrary, wanted to force Biden into a legal agreement blocking Ukraine from becoming a member of NATO and abstaining from moving into Ukraine serious rockets that could hit Moscow. To judge from the initial comments from both Washington and Moscow, Washington was the winner in this duel.

Usually, the Kremlin issues a meeting report before the White House, but not in this case. The White House version was uncommonly blunt: “President Biden voiced the deep concerns of the United States and our European Allies about Russia’s escalation of forces surrounding Ukraine and made clear that the U.S. and our Allies would respond with strong economic and other measures in the event of military escalation.” We don’t know how detailed his threats were, but this is not soft diplomatic speech.

Similarly, President Biden reiterated his support for Ukraine’s sovereignty and territorial integrity and called for de-escalation and a return to diplomacy.

Biden appears to have been quite tough and hit harder than Putin had anticipated.“

This impression was reinforced by the great delay of Putin’s answer, which arrived almost three hours after the end of the video call. Moreover, Putin’s official statement was only available in Russian for hours. He must have been amazed by Biden’s threats, which is exactly what I had hoped for and expected from Biden, because he knows how to talk tough in private with bullies without insulting.

The Kremlin report is long and uncommonly it reports negative statements that the opposing side has said. It starts that the call was mainly devoted to the “internal Ukrainian crisis and the absence of progress in fulfillment of the Minsk agreement of 2015, which are the only base for a peaceful regulation. The President of Russia illustrated with concrete examples Kyiv’s destructive course, oriented to the complete destruction of the Minsk agreements.” Interestingly, recently, Russia has dismissed the Minsk process, but apparently Biden made Putin think again, realizing that the Minsk process might be his best option.

It does not get better for Putin, to judge by the Kremlin read-out. Untypically, the Kremlin mentions that Biden “underlined the allegedly ‘threatening’ character of the movement of Russian troops close to the Ukrainian partners and mentioned sanctions that the US and its allies would be ready to undertake in the case of further escalation.” I cannot recall that Putin’s website has recalled threats against him.

Needless to say, our hero comes back with a vengeance: “Vladimir Putin responded that the responsibility must not be transferred to the shoulders of Russia, since it is NATO that is carrying out dangerous attempts to seize the Ukrainian territory. Therefore, Russia is seriously interested in receiving credible legal guarantees that exclude the expansion of NATO to the East…” Of course, President Biden did nothing of the kind.

As if to end with some hope for a future dialogue, both the White House and the Kremlin concluded that the Russia-US dialogue must continue. How could it be differently? But no word was stated as to how this dialogue would continue or what role Ukraine would play in that conversation.

In the White House, National Security Advisor Jake Sullivan, who is seen as a softliner on Russia, provided a highly professional debriefing. The most interesting point was that Sullivan, who allegedly pushed through the US commitment to the completion of the Baltic gas pipeline Nord Stream 2, said that this issue would be of “utmost priority” if Russia attacks Ukraine, i.e. the US is likely to sanction NS2 in that case.

The last two weeks’ statements by President Biden and Secretary of State Blinken have marked a clear change in the US attitude to and engagement with Russia and Ukraine. Suddenly, Ukraine has become a top priority of the Biden administration. Moreover, the Biden administration has consolidated the West, that is the United States, the European Union, the United Kingdom and Canada as well as a number of smaller countries, such as Switzerland, Norway and the Balkan countries, so that official Russians now talk about “the collective West.” The West has reassembled in the eyes of the Kremlin.

We all tend to be critical of our democratically elected leaders, but on Tueday President Biden had a great show with Putin. To judge from Putin’s post-summit statement, he stood up and took notice. I think that Biden made a major effort to secure peace in Europe today, but it remains to be seen if it sufficed. Anders Åslund is an Adjunct Professor at Georgetown University and a senior fellow at the Stockholm Free World Forum.