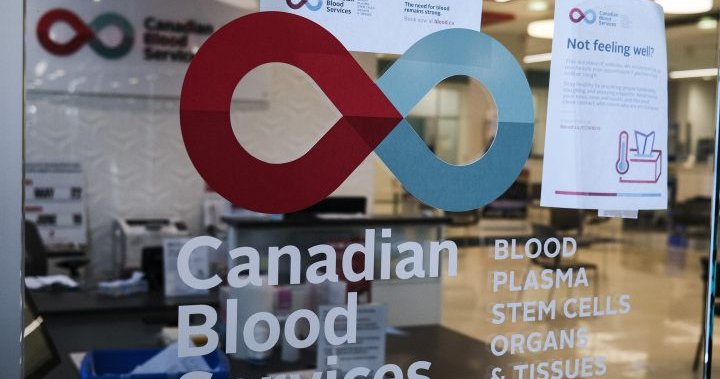 Canadian Blood Services says it plans to submit its recommendation to end the gay blood ban to Health Canada within the next two weeks.

Dr. Isra Levy, Blood Services’ vice-president of medical affairs, said at the organization’s board meeting Friday that its submission will say sexual behaviour, not sexual orientation, determines risk of transmission of HIV.

Levy said it will recommend that men giving blood no longer be asked during the screening process if they’ve had sex with another man.

“If the submission is approved we will be able to focus the donor screening on high-risk sexual behaviour. Specifically, the change would allow us to stop asking men if they have had sex with … any other man,” he said.

The evidence was now “overwhelming that this change … will not compromise safety in any way,” he said.

1:57
‘Tis the season to give blood in the Peterborough area

‘Tis the season to give blood in the Peterborough area

The blood service said it had safety evidence from risk modelling, its own research program and international research, including from the United Kingdom.

He said the Canadian blood service had been in weekly contact with the U.K. blood service, which has already ended its gay blood ban.

Canada’s blood service plans to recommend to Health Canada that screening questions be changed along U.K lines to end discrimination against gay men who want to give blood.

Levy said blood services has done extensive modelling and the new criteria would allow screening for HIV “regardless of gender or sexual orientation” while protecting the safety of the blood supply.

He said safety remained “paramount” and “blood safety would not be compromised by our proposed approach.”

Canadian Blood Services tests all donated blood products for viruses and diseases, including HIV, but tests may not be 100 per cent accurate. Screening is an important part of limiting risk to blood recipients, according to the agency’s website.

As it stands now in Canada, a gay man who has had sex with one partner in the last three months cannot give blood, but a straight man could, even if he has had sex with multiple partners during the same time frame.

The government has said it wants to expedite the process of ending the gay blood ban. Health Canada is expected to make its decision by spring next year.