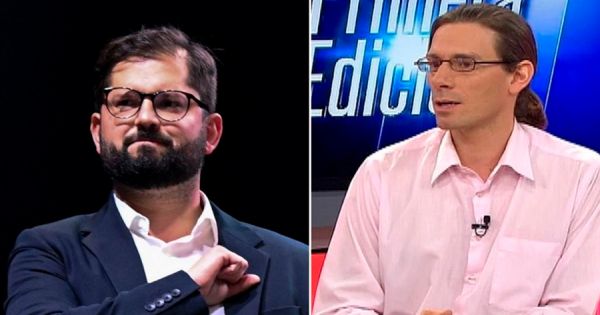 Chile’s President-elect Gabriel Boric has announced he chose human rights expert Matías Meza-Lopehandía Glaesser as his next Cabinet Chief when he takes office on March 11.

Meza-Lopehandía Glaesser was an executive secretary of Boric’s political team during the presidential campaign and has been behind the government plan the new leftwing administration intends to implement.

Meza-Lopehandía is a lawyer from the Social Convergence party and has a master’s degree from the London School of Economics and Political Science in human rights. He is also an expert on indigenous peoples. His undergraduate thesis was called Territory and autonomy of indigenous peoples in Chile: a view from the Chilean legal system and the urgency of recognition.

He also coauthored a book on the subject with Nancy Yáñez and José Aylwin (coordinator).

Meza-Lopehandía Glaesser and Boric met at the University of Chile’s Law School between 2004 and 2005. He currently works as an official at the Congressional Library. He has written several press columns about the Chilean constitutional process.