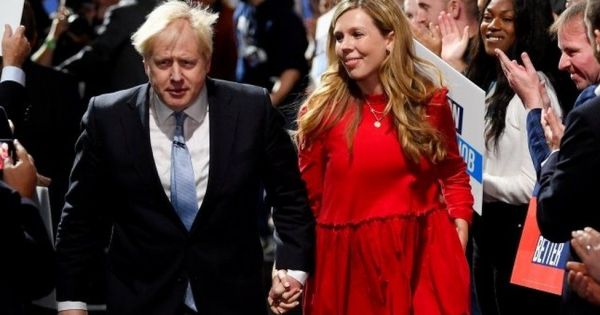 Boris and Carrie Johnson announce the birth of a daughter

Boris and Carrie Johnson have announced the birth of a daughter, their second child since he became prime minister. Mrs. Johnson gave birth to the baby at a London hospital on Thursday, and Boris Johnson was there throughout, BBC reported.

A spokeswoman for the couple said both mother and daughter are doing very well and thanked the NHS team for their care and support.

The couple, who married in May this year, also have a son, Wilfred, who was born in April 2020.

Labour leader Sir Keir Starmer sent his congratulations on the birth of the couple’s daughter, adding: Wishing your family health and happiness.

The news comes in a tumultuous week for the prime minister, amid a public and political backlash over new Covid restrictions and parties held in Downing Street last year during lockdown.

BBC sources have said that several Downing Street staff members attended a gathering with Mrs. Johnson in the flat where the prime minister and his wife live above No 11, on the day former adviser Dominic Cummings left his job in November 2020.

Others said to be at the party denied it took place, as did a spokeswoman for Mrs. Johnson. Also on Thursday morning, the Conservatives were fined £17,800 over the donation to help cover refurbishments to the couple’s Downing Street flat.

The PM’s spokesman said Boris Johnson was expected to take some time to be with his family after the birth of his daughter, but will still deal with government business and will be answering PMQs next week.

As ever there is balance which comes with a job with unique responsibilities, reporters were told.

The prime minister’s wife had announced the news of this pregnancy on Instagram in July, also revealing that she had suffered a miscarriage some months earlier.

Mrs. Johnson said she was hoping for a rainbow baby in her post, and said: I feel incredibly blessed to be pregnant again but I’ve also felt like a bag of nerves.

The term rainbow baby is used for a child born after a miscarriage, stillbirth or neonatal death.

The couple’s wedding took place at Westminster Cathedral earlier this year – making Boris Johnson the first prime minister to marry while in office for nearly 200 years.

It was Mr Johnson’s third marriage, with the prime minister having previously been married to Marina Wheeler with whom he had four children.

He did not have any children with his first wife Allegra Mostyn-Owen.