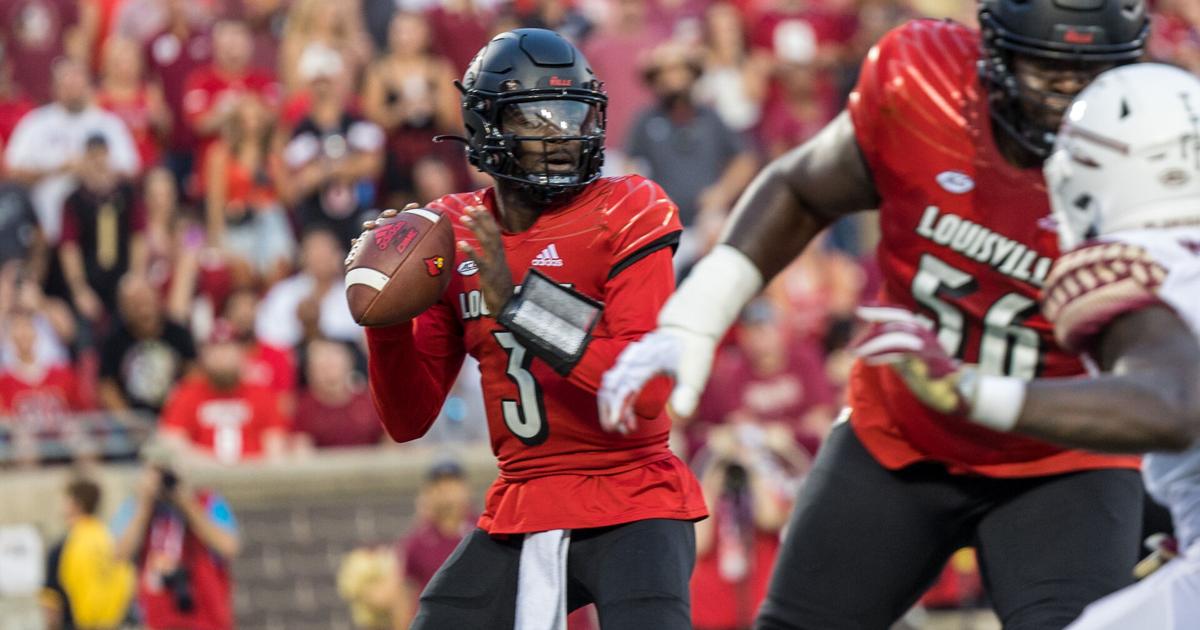 LOUISVILLE, Ky. (WDRB) — On Friday night, there was screaming, especially from a University of Louisville assistant coach who unloaded on a group of players at a volume that registered through a pair of walls.

On the weekend, there was bonus conditioning, a reward for the players for the penalties, turnovers and bungled assignments that doomed the Cards in their avoidable 35-31 loss to Florida State.

On Monday, there was conversation, players talking to players about what must change to reverse the arc of the Cardinals’ disappointing 1-2 start.

Will it matter? Will it inspire change? Will the message register?

Are Louisville’s issues the types of problems that can be fixed by yelling, running and man-to-man encouragement?

Tune in Saturday at noon. The Cardinals will play host to another 1-2 team, the University of South Florida Bulls.

Picked by some to finish ninth in the 11-team American Athletic Conference, the Bulls have lost 13 consecutive road games by an average margin of nearly 21 points. This isn’t prime-time Clemson and Trevor Lawrence coming to Cardinal Stadium.

The Cards will be without receiver Dee Wiggins, who will miss the remainder of the season with a toe injury. Halfback Tiyon Evans as well as offensive linemen Trevor Reid and Caleb Chandler are expected to return.

When you look at Louisville’s record, its remaining schedule and the credentials of the visiting team, this is simply a game the Cardinals must win.

“We knew coming in we had a tough schedule,” U of L coach Scott Satterfield said. “Our first three opponents are (a combined) 8-1 (with the loss being UCF’s loss to U of L).

“You mentioned the last six (U of L opponents). I don’t think anybody has lost.”

Close, but not quite.

But Florida State was merely one or maybe two plays better than Louisville. The Cards lost two fumbles. They threw an interception while trying to drive for the winning touchdown. They whiffed on several critical tackles, especially in the fourth quarter.

“Our guys were there,” said U of L defensive coordinator Bryan Brown. “We just missed some tackles.

“You know, we’re right there. Just go ahead and pull the trigger.”

The penalties — 11 for 81 yards — deserve a separate paragraph. There is little doubt Satterfield and his players watched those snaps over and over and over, trying to determine the issue.

There were holding penalties on special teams. That affects field position. Four false starts on offense. Those kill drives. Pin four more on the defense, including an offsides as well as a pair of pass interference penalties. Those extend opposing drives.

Louisville out-gained Florida State by 40 yards and then gave the Seminoles a 42-yard advantage in penalties.

“We’re gonna continue to do things. We’ve run after practice for anything that we do in practice. Penalty wise, we ran Sunday for the penalties we had in the game.

“We talked about it, being disciplined and focused exactly on what’s going on. You know, so all you can do is continue to harp on it and hopefully get better at it.

“And, you know, fumbles I mean, just sloppy fumbles and holding on to the ball, ball exchanges, those type things. We’ll continue to harp on it and there’ll be penalties for our guys, there will be running and some extra activities they are going to have to do whenever that happens.

“That’s all you can do to try to deter those actions.”

Braden Smith, a senior receiver, said the players have discussed correcting the mistakes, without the encouragement of the coaches.

“Just being a player-led team, we wanted to be players that take ownership and talk about what we need to do better,” Smith said.