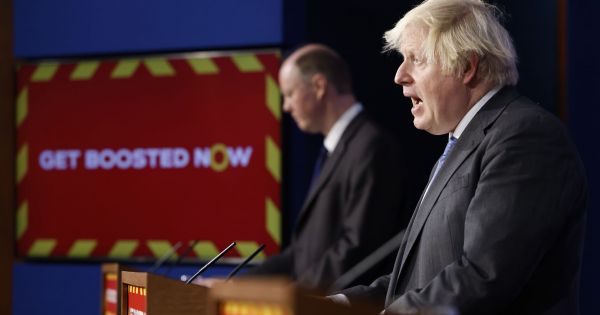 British PM says no lockdown before Christmas, but maybe later

British Prime Minister Boris Johnson Tuesday admitted there will be now a lockdown before Christmas in the United Kingdom, but at the same time, he admitted no course of action could be ruled out post-Dec. 25 in the fight against COVID-19.

Johnson said the Government will do whatever it takes to protect public health, as he kept further coronavirus measures under his sleeve for after Christmas, following the third highest number of daily coronavirus cases in the UK, fueled by the Omicron variant, which is now widely spread across the country and moving fast.

In that scenario, people are being encouraged to change or delay their Christmas plans, in line with World Health Organization Director General Tedros Adhanom Ghebreyesus, who said it was better to cancel the Year’s End celebrations now “and celebrate life tomorrow”, than to “celebrate today and mourn tomorrow.”

WHO spokeswoman Dr Margaret Harris says gatherings which are not safe this Christmas should not go ahead. If you have a large number of people, especially from different places, you don’t know what their exposure has been.

Reports had surfaced earlier Tuesday that the Conservative Party had warned Johnson of a no-confidence vote in the event of a government decision to introduce additional measures to curb the spread of the new Omicron coronavirus variant.

We don’t think today that there is enough evidence to justify any tougher measures before Christmas, Johnson said. We continue to monitor Omicron very closely and if the situation deteriorates we will be ready to take action if needed.

More than 100 Conservative MPs voted last week against the introduction of new COVID-19 rules, and were said to have warned the Prime Minister to refrain from introducing any further restrictions.

Earlier Tuesday, the UK government had announced a one billion pound package to help the hospitality and leisure sector cope with the wave of cancellations Omicron brought on.