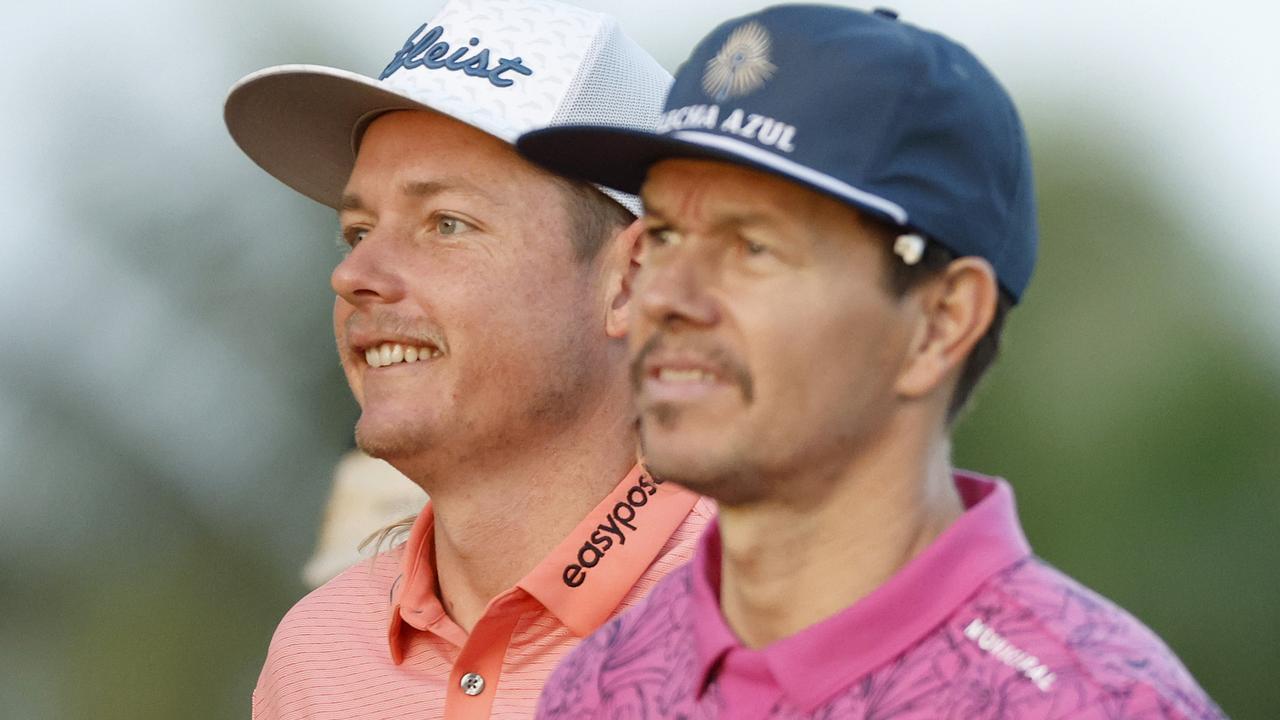 Cameron Smith wasn’t willing to compare workout routines with Hollywood megastar Mark Wahlberg but did declare he’s been hitting the gym in a bid to build on his stunning start to 2022 after one of his “best ever” pro-am experiences in Hawaii.

Fresh off his victory in the Tournament of Champions last weekend, Smith raced through the nine-hole partnership with Wahlberg ahead of the Sony Open in Honolulu, an event the Australian won in 2020.

Smith said he was “tired” following his record-setting win but quickly found his energy to go ahead after sharing a “few laughs” with golf-fanatic Wahlberg.

“We had a great time out there this morning. Obviously, Mark was a really good lad. We had some laughs,” Smith said.

“Yeah, one of my best pro-am experiences I think ever.

“We played for fun with each other the whole way around. It was really good fun. No chats about fitness or golf.”

But Smith has trimmed up for the start of the new year and the benefits were on show as he carded a new PGA tour 72-hole scoring record of 34-under to beat world No.1 Jon Rahm last weekend.

The 28-year-old, who jumped to No.10 in the world after his win, said it was a conscious decision to treat his body better in a bid to get the most out of his immense talent, climb the world rankings and collect his breakthrough major championship.

“I’m doing a little bit more work. Probably dieting a little bit better than what I had been. Just wanted to get a little bit fitter. It worked last week (and) something I definitely need to keep working on,” Smith said.

“It was just something that I needed to do. I’m not getting any younger. I know I’m still only 28, but I need to start looking after my body and I need to start putting the right stuff in it as well.”

Smith has revelled in the conditions in Hawaii, which he said were as close as Australians on tour in the US got to those they grew up with.

“I think just how flat it is. The course I grew up on was really flat and the grass we played off is almost identical. So I feel really confident around the greens here as well,” he said.

“I just think how laid-back it is too. Obviously, we’ve got a lot of coastal towns as well and spend a lot of time on the beach. I think that has got something to do with it, and the weather as well. The people here are so nice. I seem to get along with everyone here, and I just love it.”

Despite his win last week, his new world ranking and his previous win in the Sony Open, Smith said he wasn’t putting any excess pressure on himself

“I’ve never really wanted to expect anything of myself. I’ve always been a process kind of guy,” he said.

“I feel like if I tick all the boxes I’m going to play some good golf. I definitely want to play well but I never really expect too much of myself

“I think just play for the time being. I haven’t had a lot of time to obviously process it at the moment. Maybe in a week or two I’ll be able to sit down and really go through some stuff and definitely set some more goals.”