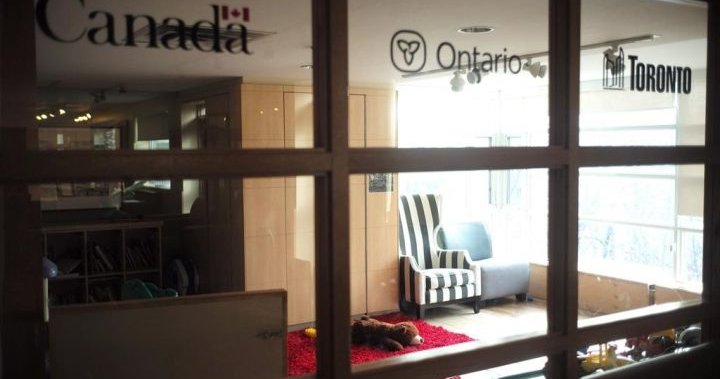 Lise Martin, executive director of Women’s Shelters Canada, said shelters are overwhelmed in part because of significant staff turnover and shortages due to workers in COVID-19 isolation.

Those in the sector were already working under pandemic-era strains, including a spike in demand for shelter and services along with rising rates of gender-based violence across the country, said Martin.

‘Do whatever you need to do’: Alberta woman who fled domestic abuse during COVID-19

During the pandemic, several helplines for women experiencing domestic violence have reported striking jumps in calls, with many noting the urgency and severity of callers’ situations having intensified.

Femicides have also been on the rise during the pandemic, with 92 women and girls killed in Canada in the first half of 2021, up from 78 during the same period in 2020 and 60 in 2019, according to the Canadian Femicide Observatory for Justice and Accountability.

Erin Griver, director of women’s services at Mission Services of Hamilton, Ont., said their women’s shelters have seen outbreaks and staff testing positive throughout the pandemic, but the current rates of infection moving through their sites have never been so high.

“The sheer quantity of staff it has impacted is like nothing we’ve seen before,” she said.

Staffing challenges are exacerbated by the inability to hire and fill positions when they become vacant, said Griver.

“We would have people applying before; we would never have zero applicants to a posting.”

She cites Ontario’s Bill 124 as being a major barrier to their ability to recruit and retain staff. The bill, passed in 2019, limits wage increases for public sector workers to just one per cent annually for three years. The bill applies to provincially funded, public corporations and agencies, including non-profits.

“We know that the cost of living and housing has increased dramatically. We aren’t able to compete with other sectors that don’t have to have that wage freeze in place,” said Griver.

1:30
Give Me Shelter: Edmonton domestic abuse survivor on the importance of women’s shelters

Give Me Shelter: Edmonton domestic abuse survivor on the importance of women’s shelters – Dec 20, 2021

Lanna Many Grey Horses, who manages women’s and children’s services in Powell Place and Springhouse shelters in Vancouver, said they are also seeing a significant reduction in the number of people applying for positions.

“I think might be a hindrance is maybe even this perception of working in a shelter in a pandemic,” said Many Grey Horses, adding that even though they have safety measures in place, the positions need to appeal to very empathetic candidates.

“It’s a lot of women working, racialized women working, moms working. And with school closures and additional caregiving responsibilities during the pandemic, it’s been also a challenge from that perspective,” she said.

Griver said the workload has been exhausting. “It’s been really hard for everybody. Everyone keeps saying, `How much more?’

“Every single person I talked to in this sector across the shelters are drowning. And it’s not sustainable. There’s going to be a breaking point,” she said.