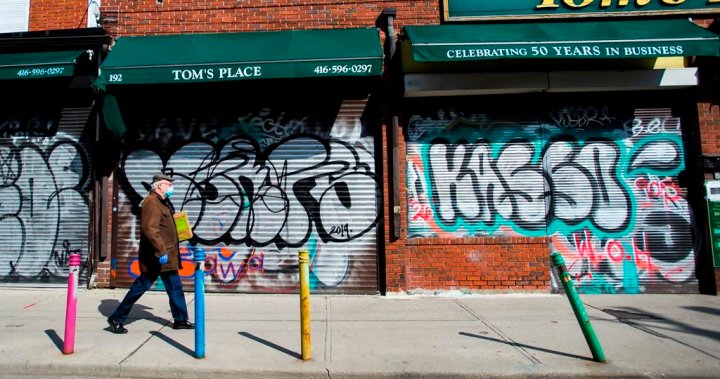 Wendy Goodall moved from Ontario to the sprawling prairies of southern Saskatchewan two years ago. Then the COVID-19 pandemic shrank her world.

“I knew nobody here, except my daughter and her family,” says Goodall, a widow in her early 70s who lives in the village of Lipton, Sask. “If I was to get COVID, my doctor said I wouldn’t survive it. It’s very depressing not to be able to get out.”

As the pandemic dragged on, Goodall’s deepening sense of loneliness prompted a counsellor to refer her to a free program established by the Canadian Red Cross in early 2020, as the spread of the virus led to lockdowns across the country.

The Friendly Calls program pairs participants like Goodall with trained Red Cross volunteers who typically call once a week to chat. As simple as it seems, the program — offered in French and English — has proven to be so popular that it has expanded to every province and the Northwest Territories.

“To have that phone call and be able to talk to somebody, it’s super,” says Goodall, who has been talking regularly to the same volunteer in Saskatchewan since September. “If I didn’t have the phone call, I wouldn’t talk to anybody during the week.”

Mental health struggles intensify as the pandemic continues on

In the past six months, the program has logged more than 30,000 calls involving 500 volunteers and 3,000 clients, says Chris Baert-Wilson, a Red Cross director based in Halifax and leader of the Friendly Calls program.

“We started in the depths of the COVID-19 pandemic, acknowledging that people were isolating — and even if they weren’t isolating, they weren’t able to travel,” she said in an interview. “And a lot of folks haven’t seen family members in a very long time. People are feeling out of sorts, isolated and alone.”

Most of the participants, who must be at least 18 years old, are seniors. Some clients want brief check-ins, others seek a more meaningful connection. In every case, volunteers are matched with clients based on shared interests, a key feature that Goodall has come to appreciate.

“The lady that I have been talking to, she has been a gardener like myself,” says Goodall. “So we talk about plants.”

But Goodall is quick to note their conversations can go much deeper than that. “She called me one day and I was quite upset. I was able to talk it out with her. By the end of the conversation, I had a smile back on my face.”

For more complex cases, the volunteers can help clients find the resources they need to meet their physical and mental health needs, Baert-Wilson says.

“What we’re finding is that the volunteers and the clients are both getting a lot out of it,” she says, adding that the Red Cross is looking for more volunteers. “They really are developing friendships and relationships.”

3:09
Mental health struggles intensify as the pandemic continues on

Mental health struggles intensify as the pandemic continues on

Roberta Derosier, a Friendly Calls volunteer for the past 18 months, was matched last year with a senior who was living alone on a farm in rural Saskatchewan.

“Her and I both come from a dairy farm background,” Derosier said in an interview from her home in Estevan, Sask. “We were able to bond right away over that.”

More recently, the older woman had to move to a long-term-care facility, where she sometimes struggles with memory lapses caused by dementia.

“But when we’re talking about farming, it all comes back,” Derosier says, adding that their calls now include video chats. “When we actually got to see each other, it was incredible. She had tears when she could actually see who she was talking to.”

Without that kind of companionship and emotional support, older people are particularly vulnerable to mental decline, says Dr. Simon Sherry, a professor in the department of psychology and neuroscience at Dalhousie University in Halifax.

“When we deprive our elderly of social interactions, there are corresponding harms with their cognitive health,” he said, referring to health protection measures that have kept people isolated.

“Something like a phone call and the human connection that it provides is enormously important. Humans are social animals. We need belongingness and connection in order to be well.”

4:44
Ask the Expert: Managing your mental health through the holidays

Ask the Expert: Managing your mental health through the holidays

A 2010 study by the American Psychological Association concluded that prolonged isolation carries the same health risks as smoking 15 cigarettes per day.

But it would be a mistake to think the perceived widespread loneliness and social isolation that gave rise to the Friendly Calls program is a new phenomenon, Sherry said. There’s plenty of evidence to suggest loneliness has been on the rise in Western societies for quite some time.

“Canadians were already lonely,” Sherry said, adding that the proliferation of personal computers, smartphones and video games have contributed to social disconnection. “We have for some time been living in a state of social and emotional deprivation.”

Soon after the pandemic was declared and punishing lockdowns were imposed, however, younger Canadians turned to texting, social media and video conferencing to maintain their social connections. The problem is that these technologies do not appeal to most seniors, Sherry said. That’s why the strength of Friendly Calls program may be in its simplicity.

An evaluation of the program after one year of operation found participants were feeling better, both mentally and physically.

“They had something to look forward to,” said Baert-Wilson, who is also the Red Cross’s director of community health for Atlantic Canada. “One lady said even though she was talking to a volunteer over the phone, it made her feel like having to get up out of bed and get dressed.”