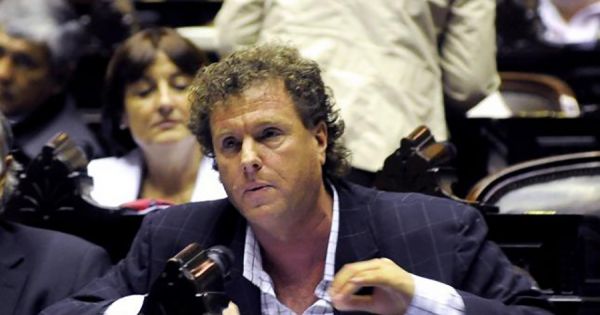 Argentine opposition lawmakers have announced they would ask President Alberto Fernández to sack Adrián Basteiro as Ambassador to Bolivia after the diplomat was found engaging in domestic political acts in violation of international conventions regarding Consular representations.

Basteiro Thursday joined former President Evo Morales during a Movement Towards Socialism (MAS) demonstration. The Argentine diplomat even delivered a speech in which he recalled assisting the former Bolivian leader while in exile in Buenos Aires following the uprising which led to his resignation and the eventual accession to power by the now detained Jeanine Áñez.

“That Basteiro marches in a political march is prohibited by the international treaties of which Argentina is a signatory,” said Juntos por el Cambio (JxC) Deputy-elect Gerardo Milman, who added Basteiro’s acts were particularly dangerous because he encouraged Bolivian crowds to mobilize in the streets.

Macri for example appointed Comedian Miguel del Sel as ambassador to Panama. And former President Carlos Menem had picked rugby legend, Hugo Porta, as ambassador to South Africa as that country was coming out of apartheid. Nevertheless, direct participation in domestic politics is a first-timer.

Bullrich also said the Basteiro case will be discussed in Congress for making a mockery out of Argentina’s foreign service.

Career diplomat Julio Alvarado had singled out Basteiro’s behaviour as incompatible with his role as per the Vienna Convention on Diplomatic Relations. The Convention indicates that all diplomats are obliged not to interfere in internal affairs, this ambassador is unaware of international regulations, said Alvarado.

Basteiro joined the march led by Evo Morales Thursday and said it was an act in defence of democracy. Evo’s caravan is still marching through Bolivia. After leaving from Caracollo Tuesday it is expected to arrive in La Paz next Monday.