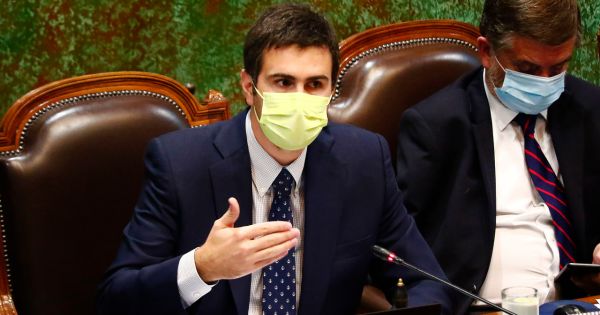 Two Chilean lawmakers have been tested positive for COVID-19 in the Lower House, thus affecting a key voting process scheduled for this Tuesday, it was reported.

Lower House Speaker Diego Paulsen pointed out that one of the infected lawmakers is not fully vaccinated.

“We have asked them that the PCR can be undertaken tomorrow (Tuesday) and, this way, we are going to discuss the projects on Tuesday, as was established, but we are not going to vote on them so as not to alter the quorum,” Paulsen said.

Regarding the unvaccinated lawmaker, Paulsen argued that there was a difference between members of Parliament and ordinary citizens, because the Constitution establishes the constitutional right of parliamentarians to attend and be able to vote in the Chamber of the Chamber of Deputies.”

“I have no way to prevent a parliamentarian who does not have their full dose from attending the House, added Paulsen, who also pointed out that the House would vote on Wednesday on the initiatives which should have been voted on Tuesday, so as to preserve the Socialist Party’s representation.