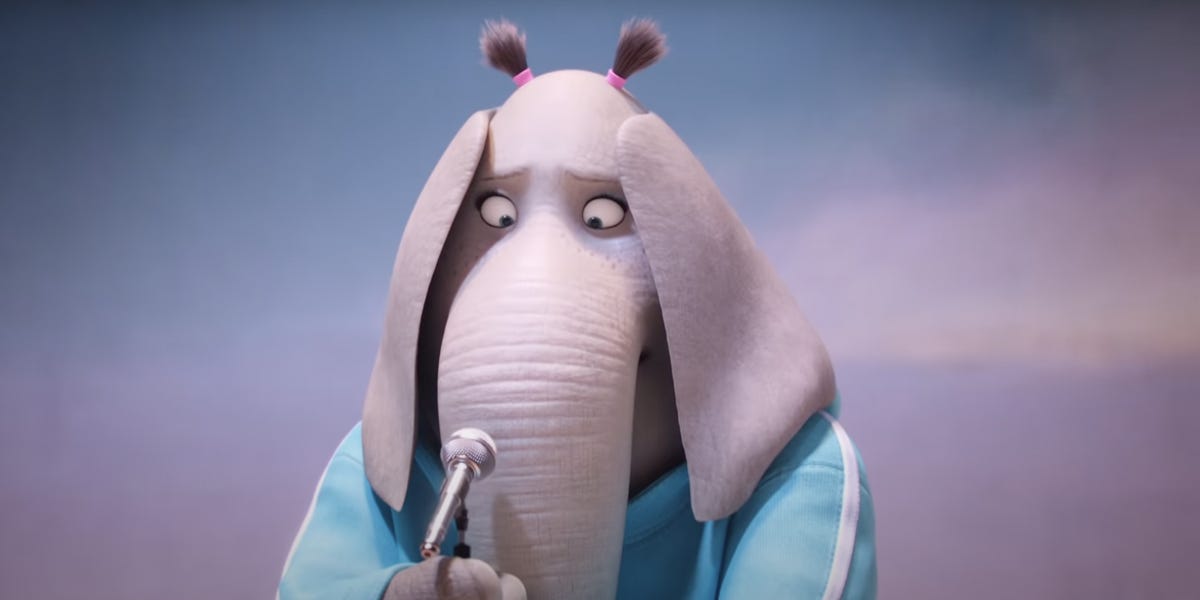 A clip of a cartoon elephant singing “Happy Birthday” has gained millions of views on TikTok, with the internet banding against her for being “annoying” and saying she “just wanted attention.”

The clip is of Meena the elephant, a character from the 2016 animated movie “Sing,” about an animal singing contest. The movie made $150 million in worldwide box office earnings, according to Forbes, and the sequel, “Sing 2,” was released January 28, 2022.

Several TikTok accounts have been created specifically to poke fun at Meena, including @meenathegoofypickme which has roughly 33,800 followers, and @elephantfromsinghater with around 9,000 followers. Tori Kelly, the American singer who voiced Meena in the film, also joined the trend with a post of her own, mocking her character and referring to her as “mad extra.”

The videos criticizing Meena mostly reference the same moment in the film, where Meena’s family presents a birthday cake to her grandfather and Meena sings over them as they all fall silent. The scene has led people to equate Meena to a “pick me girl,” an internet slang term referring to someone who is desperate for attention, and suggest she used the event as an excuse to showcase her singing.

TikTok users have gone viral by adding text over the clip, often expressing extreme frustration at her behavior. But others argue that the criticism of Meena is unfair and even problematic.

TikToker and chalk artist Sam Bowles, who has 1.3 million followers, joined in the trend on January 30, posting a clip where he draws Meena in chalk and then washes her away. It has been viewed 6.5 million times and has 1.2 million likes, but Sam told Insider he was “surprised” that it took off. Top comments under the video urged Sam to “do it again” and he said one comment even suggested he use a power washer to “destroy her.”

TikTok user Nirupam Dhakal posted a Meena video to their arts commentary account @hugeasmammoth.films on December 26. It shows Dhakal putting their face in front of a picture of Meena, saying, “Can we talk about how extra this bitch is? She did way too much in the whole movie. Way too much. She was flexing her voice.”

Dhakal told Insider the comments were made in jest as part of a larger internet culture of jokingly “slandering” figures who seem annoying.

With 1.2 million views, the clip is by far one of the most popular they’ve ever posted.

“This Meena thing has sort of become the identity for my TikTok account,” Dhakal told Insider. “When I made that video, I had no idea this would get that big. I was just joking. But now, every other day I’m getting a tag or a mention about Meena. The internet loves being in on a joke.”

Dhakal told Insider they felt many people have taken the meme too far, with users commenting on Meena’s appearance and her size.

For Dhakal, these “jokes” can be offensive, and they told Insider, “As someone who’s fat myself, it’s hard to see someone, or something, getting ridiculed for their weight. That should never be okay.”

They added, “People probably think it’s okay to make jokes about Meena because she’s just a cartoon and they think there’s no one to offend. But we bigger people are constantly ridiculed for our weight, and seeing a fun meme get turned into that is weird and unfunny.”

Some TikTok users seem to agree with Dhakal, commenting under Meena posts that people have “gone too far” and asking everyone to “leave Meena alone.”

As an aspiring director themselves, Dhakal said viral memes around films can show how cinema has the power to unite but also to divide.

While they said it was nice to see people coming together for a big joke, they added, “Once it crosses that line, it’s not fun anymore.”

For more stories like this, check out coverage from Insider’s Digital Culture team here.