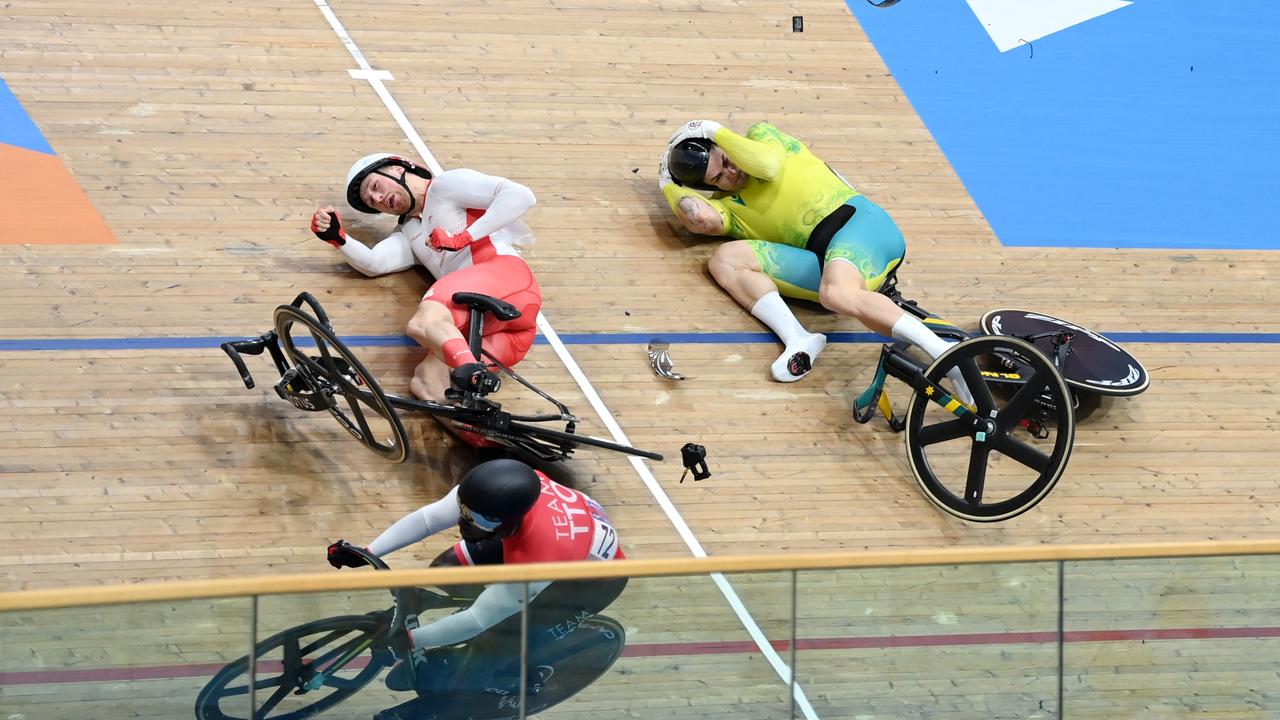 English cyclist Joe Truman has been rushed to hospital after a sickening incident at the Lee Valley Velodrome on Sunday morning (AEST).

Truman went down hard in a high-speed crash in the men’s keirin after running into fallen Aussie rider Matthew Glaetzer.

Glaetzer became tangled with another rider on the final lap and he was knocked off before Truman smashed into him, sending debris flying.

Truman’s head appeared to make contact with the velodrome floor and he did not move as he slid for across the velodrome for almost 50m before he came to a rest.

Glaetzer was also in a bad way and his bike was completely ruined with pieces of the frame scattered across the track.

The Aussie rider was able to get back to his feet and walk away, while emergency staff rushed to attend to Truman.

A stretcher was brought out, but he was eventually loaded into a wheelchair and was taken away with an oxygen mask being held to his mouth.

According to reports, he also suffered a broken collarbone in the crash and was taken to hospital after being assessed.

The BBC reports Truman was able to text his family as he left the stadium.

British cyclist and Olympic champion Chris Boardman said in TV commentary he did not want to watch the replay of the crash after noticing that Truman was not moving for an extended period of time.

He estimated Truman was travelling at almost 50km/h when the crash occurred.

“That was a bad crash, a very bad crash,” he said. “We’re not seeing any moving at all.”

He went on to say: “Truman is up and that’ll do me to be honest because there was no movement for a few seconds and it made me feel quite sick.”

Glaetzer was unable to move through to the final.