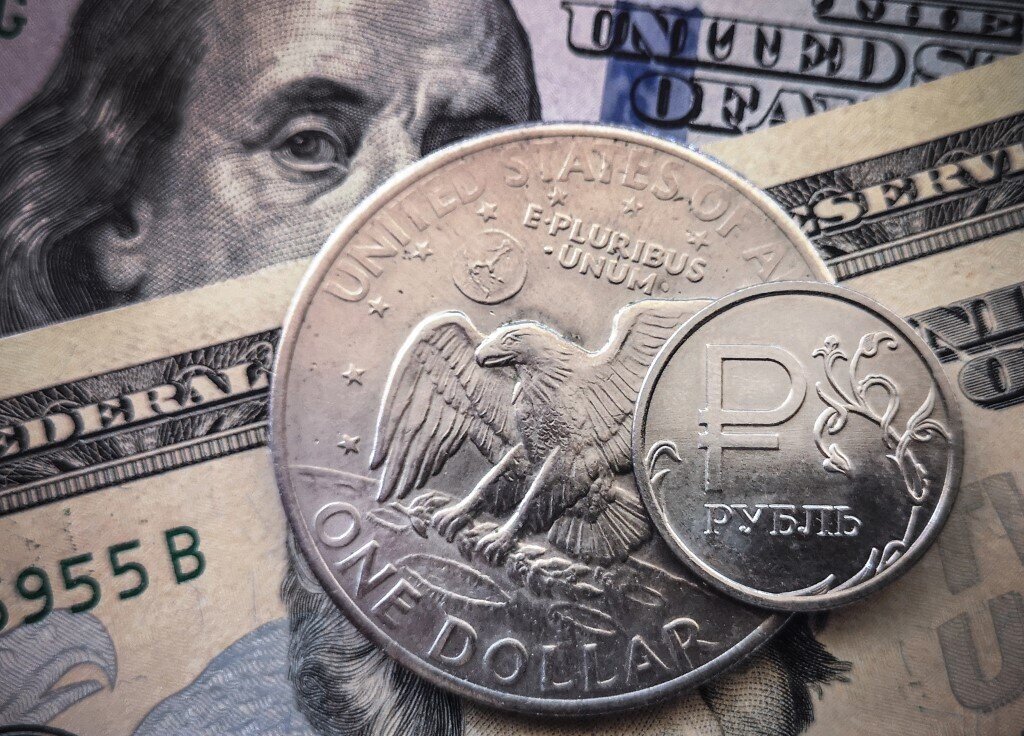 Their economies rocked by conflict, Russian and Ukrainian authorities have deployed different tactics to defend their weakened currencies, with varying degrees of success.

The Russian ruble, which was trading around 80 to the dollar before Moscow sent troops into Ukraine on February 24, lost 40 percent of its value in the following days, slumping to an unprecedented level of 150 to the dollar.

It has since clawed back much of that, trading at around 105 rubles to the dollar, seemingly having profited from talks between Moscow and Kyiv to end the conflict.

Despite having been cut off from much of its foreign currency reserves due to Western sanctions, the Russian central bank has nevertheless occasionally sold some to support the ruble.

Together with strict capital controls that require exporters to sell most of their foreign currency to the central bank and limits on consumers accessing their holdings, the measures appear to be working.

“During the past 10 years the central bank intervened directly only several times, which now works in favour of the market exchange rate stabilising,” said analyst Alexander Kudrin at investment bank Aton.
“The first signs of stabilisation are already appearing,” he added.

In Ukraine, which is under martial law, the central bank has suspended all currency trading and set a fixed exchange rate of approximately 29 hryvnia to the dollar.

It also banned foreign currency withdrawals and most cross-border payments.

Volodymyr Lepushynskyi, director of monetary policy at the Ukrainian central bank, said officials had a plan already prepared in case of conflict.

“We always hoped that we would not need to implement it, but we were ready,” he told AFP.
“Thanks to the experience of working in administrative constraints, we had a clear understanding of what needs to be done to prevent destabilisation of the financial sector and to establish its effective operation under such circumstances.”

Finance Minister Sergiy Marchenko recently said on Ukrainian television that the central bank’s measures created “certain conditions under which there is exchange rate stability today”.
He also noted that Ukraine has received support from its international partners including the European Union and World Bank, adding that the International Monetary Fund has approved a $1.4 billion emergency aid programme for Ukraine.

Ousmene Mandeng, a visiting fellow at the London School of Economics, warned that while the measures may be justified by the extreme circumstances, they carry certain risks.

“A resumption of foreign exchange trading … would be desirable to minimise implied distortions,” Mandeng added, noting that the Ukrainian central bank had eased some restrictions and that some interbank foreign exchange market operations appear to be slowly resuming.

The central bank’s Lepushynskyi said it plans to relax restrictions as soon as it sees room to do so.
“After the liberation of Ukraine from Russian invaders and the normalisation of the economic situation, we will resume the full operation of the foreign exchange market and lift currency restrictions to pre-war levels in the shortest possible time,” he said.

Mandeng also noted that Ukraine had about $28 billion in foreign currency reserves at the beginning of the month.

“That should offer some comfort for the short term but may eventually need to be replenished,” he said.
Ukrainians fleeing the country with hryvnia in their pockets are facing the most direct problems due to lack of convertibility of the currency.

The European Commission’s Executive Vice-President Valdis Dombrovskis said recently that the commission was working together with the European Central Bank “to provide some kind of convertibility assistance so that people are able to convert at least certain amounts of their savings in hryvnia into euros”.