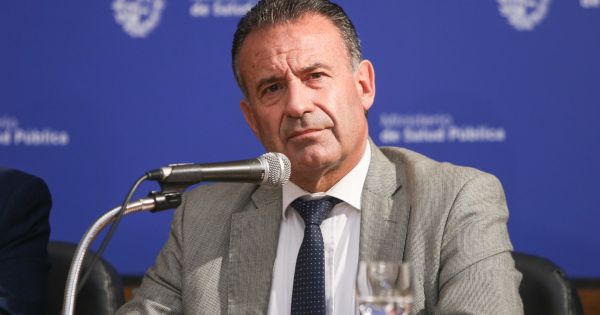 Salinas addressed the issue during a press conference after meeting with authorities from Argentina, Brazil, Paraguay, and also from Bolivia, a Mercosur associate member still longing for full admittance into the bloc.

We reviewed together the world situation, the situation in the Americas, and the regional situation, Salinas said.

The minister also said there are some 100,000 doses of monkeypox vaccine available for all of the Americas. This is not a generalized vaccine, but a specifically targeted one. The quantities are small because the estimate of what is needed is small, explained Salinas, who added that Uruguay will receive some 6,000 of them between October and November this year.

Salinas also insisted monkeypox should not generate the same level of alarm as COVID-19. This condition is not like coronavirus. This is different for many reasons, he argued.

The minister also underlined the malady’s low mortality, which generates a rash and is transmitted by contact with the skin or secretions of the infected person.

Uruguay confirmed the first case of monkeypox in the country Friday. The patient, a Montevideo resident aged between 30 and 40 but whose identity was not disclosed, had just returned from Brazil and was reported to be stable and in isolation at his home.

In line with World Health Organization (WHO) guidelines, Salinas underscored the importance of keeping a stable [sex] partner and being careful in sexual relations both abroad and in the country.

It is necessary to be cautious at this stage, he added.

The early symptoms of monkeypox are diarrhea, fever, and general malaise, for which there is no specific treatment. Patients are advised to stay in isolation, and get topic treatment for the skin lesions.

WHO Director-General Tedros Adhanom Ghebreyesus assured that the international emergency caused by the outbreak of monkeypox, which totals more than 18,000 cases, can be curbed if its risks are taken seriously and the necessary steps are taken to stop its transmission.