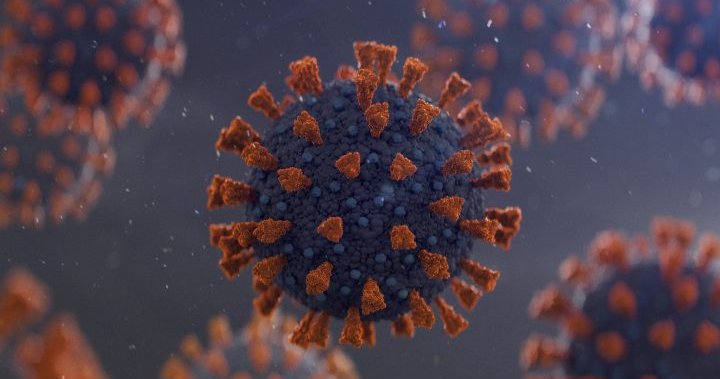 London Health Sciences Centre reported Friday that it was caring for 23 inpatients with COVID-19, a decrease of four from Thursday, with five or fewer in adult critical care.

LHSC says five or fewer of its COVID-19 inpatients are in Children’s Hospital, while zero are in pediatric critical care.

At least 167 staff cases are currently active at LHSC, unchanged from Thursday but up from 155 on Wednesday.

On Friday, the MLHU reported one death and 86 new lab-confirmed cases.

The death involved a woman in her 60s not associated with a long-term care or retirement home. So far in March, there have been eight COVID-19-related deaths in the region.

Due to changes in eligibility for PCR testing, daily case counts are not considered a fully reliable reflection of COVID-19 activity in the region.

A total of 355 deaths have been reported (an increase of one).

The test positivity rate for the week of March 6 was 17.5 per cent, up sharply from the revised 11.5 per cent a week prior. This also marks the highest the rate has been since the end of January.

The Middlesex-London Health Unit says individuals who are experiencing COVID-19 symptoms should consider themselves to be positive for COVID-19 and self-isolate.

The health unit has provided information on what to do if you develop symptoms, test positive on a rapid test or PCR test or have been exposed to someone who has tested positive.

6:59
COVID-19: Tam advises Canadians get up-to-date with vaccines as BA.2 sub-variant on the rise

COVID-19: Tam advises Canadians get up-to-date with vaccines as BA.2 sub-variant on the rise

LHSC has one active outbreak in the entire floor of University Hospital’s U8 General Surgery, declared Feb. 28, involving 13 patient cases and 15 staff cases.

LHSC updates its outbreak data on Mondays, Wednesdays and Fridays, unless an outbreak is declared or resolved.

Additionally, the MLHU is reporting the following active institutional outbreaks:

As of the end of day March 12, 90.8 per cent of residents aged five and older have received at least one dose of the COVID-19 vaccine (unchanged from a week prior), while 87.7 per cent have had two (up from 87.5 the week prior).

For third doses, 50.5 per cent of people five and older have received a booster, up from 50.2 per cent a week earlier. Note that those aged 12 to 17 only became eligible for a third dose as of Feb. 18 and those under 12 are still not eligible.

For children aged five to 11, first-dose coverage stands at 60.3 per cent, up from 60.1 per cent a week earlier, while 44.4 per cent have received two doses.

Further information on vaccination in the MLHU’s region, as well as other COVID-19-related information, can be found on the health unit’s website.

The province reported 615 people in hospital with COVID on Friday, with 193 in ICUs. Last Friday’s figures were 717 and 238, respectively.

Hospitalizations and patients in ICUs are at the lowest seen since late December 2021.

Ontario also reported 2,502 lab-confirmed cases but that is an underestimate due to testing restrictions amid widespread transmission.

Six more virus-related deaths were also reported for a pandemic total of 12,313.

The health unit reported 57 additional lab-confirmed cases on Friday and no new deaths.

The most recent death was reported on Wednesday and involved a man in his 90s from Oxford County, not associated with any outbreak.

There were two COVID-19 hospitalizations on Friday, with one in intensive care.

COVID-19 pandemic is ‘far from over,’ WHO official cautions

As of March 16, 81.1 per cent of those aged five and older in the region had received two doses of the vaccine, while 83.7 per cent have had at least one dose.

Further information on where and how to get vaccinated can be found on the health unit’s website. The health unit encouraged people to join its Same-Day Vaccination List, which offers any leftover doses due to cancellations or no-shows.

On Friday, Huron Perth Public Health reported one patient in hospital due to COVID-19 with an active case and 33 new lab-confirmed cases in the community.

HPPH reported 753 total cases among health-care workers since March 2020, an increase of five from Thursday.

There are currently five active outbreaks:

As of March 14, 84.2 per cent of residents aged five and older have had at least one COVID-19 vaccine dose while 81.1 per cent have received two.

Third-dose coverage stands at 52.5 per cent of those five and older. It should be noted, however, that those under the age of 12 are not yet eligible for a third dose, and those aged 12 to 17 only became eligible for a booster dose as of Feb. 18.

Bluewater Health reported fewer than five patients in hospital with confirmed COVID-19 as of Friday with one in the ICU.

The region’s average ICU occupancy sat at 38 per cent for the week of March 6.

Only one congregate setting outbreak remains active, at Vision Nursing Home long-term care home in Sarnia. It was declared March 7 and involves 11 resident cases and five staff or visitor cases.