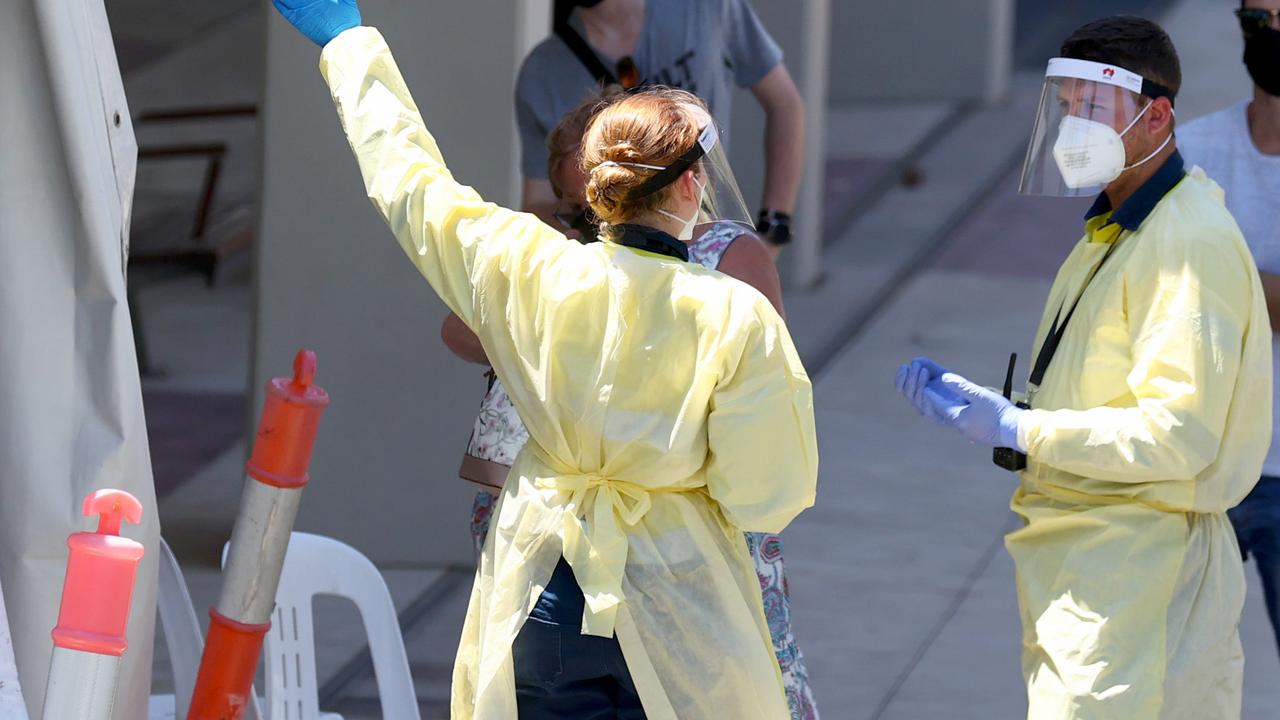 SA Health has finally updated its exposure list with new close contact sites – the first time it’s done so since Saturday – as 105 new cases were reported.

It comes as testing resources are stretched to the limit and the number of daily cases hits triple figures.

One of the new close-contact exposure site was listed for a childcare centre Christmas party in West Croydon last Thursday.

There are now 178 exposure sites across Adelaide.

An SA Health spokeswoman said as the state moved towards living with Covid, the agency would prioritise high-risk, vulnerable close contacts and areas where people were at the highest risk of poor health.

A Lyell McEwin Hospital staffer tested positive at the weekend as contact tracers battled to cope with the surge.

In an urgent alert last night, any Northern Adelaide Local Health Network staff who visited the hospital’s women’s assessment unit or women’s health areas from 5.56pm last Tuesday until 5pm on Monday was ordered to immediately test and wear personal protective equipment on site as a precaution. The areas were cleaned but the hospital was not locked down.

The latest cases include eight with the Omicron strain and five who are in hospital.

The state’s first infectious aged-care resident, a woman in her 90s, was transferred to the Royal Adelaide Hospital from Bene Aged Care, at St Agnes, while two sick staff are isolating at their homes.

Up to 1100 people face isolation after a Covid case attended a two-hour Flinders University graduation at the Convention Centre last Thursday morning for students of medicine, public health, education, psychology and social work.

Another case has also been identified at SkyCity’s The Guardsman pub.

Problems occurred when people tried to book through a Commonwealth portal and found a message stating clinics were placing jab orders.

To combat long testing queues, Labor health spokesman Chris Picton is lobbying for an increase in resources and capacity at major clinics.

He said it was “completely unacceptable” that people were forced to line up for hours.

Premier Steven Marshall said there had been a “massive flex up in testing” causing huge waits at clinics, but results were still being delivered in under 12 hours for 90 per cent of people.

The transition committee, which cancelled Sunday’s meeting, is expected to soon consider the introduction of rapid-antigen testing in SA.

The tests are already allowed for high-risk medical workers but South Australians are banned from buying them in supermarkets. Authorities said that would soon change.

“We will be lifting the restriction on the sale of rapid- antigen testing in the near future … as our vaccination rate is getting up towards 90 per cent,” chief public health officer Nicola Spurrier said.

National cabinet will be convened on Wednesday for an emergency meeting on the Omicron variant. It was previously scheduled to next convene in February.

A near record 20,223 people were swabbed on Sunday. Professor Spurrier admitted it was a challenge to keep up with cases but SA Health had recruited and trained new staff. She said unvaccinated people comprised only 15 per cent of the population but almost half all positive cases.

“This supports the fact that you are at lower risk of catching Delta if you are fully vaccinated,” she said. “The ever-increasing pop­ulation of fully vaccinated South Australians will help us reduce the impact of Covid-19 and save lives.”