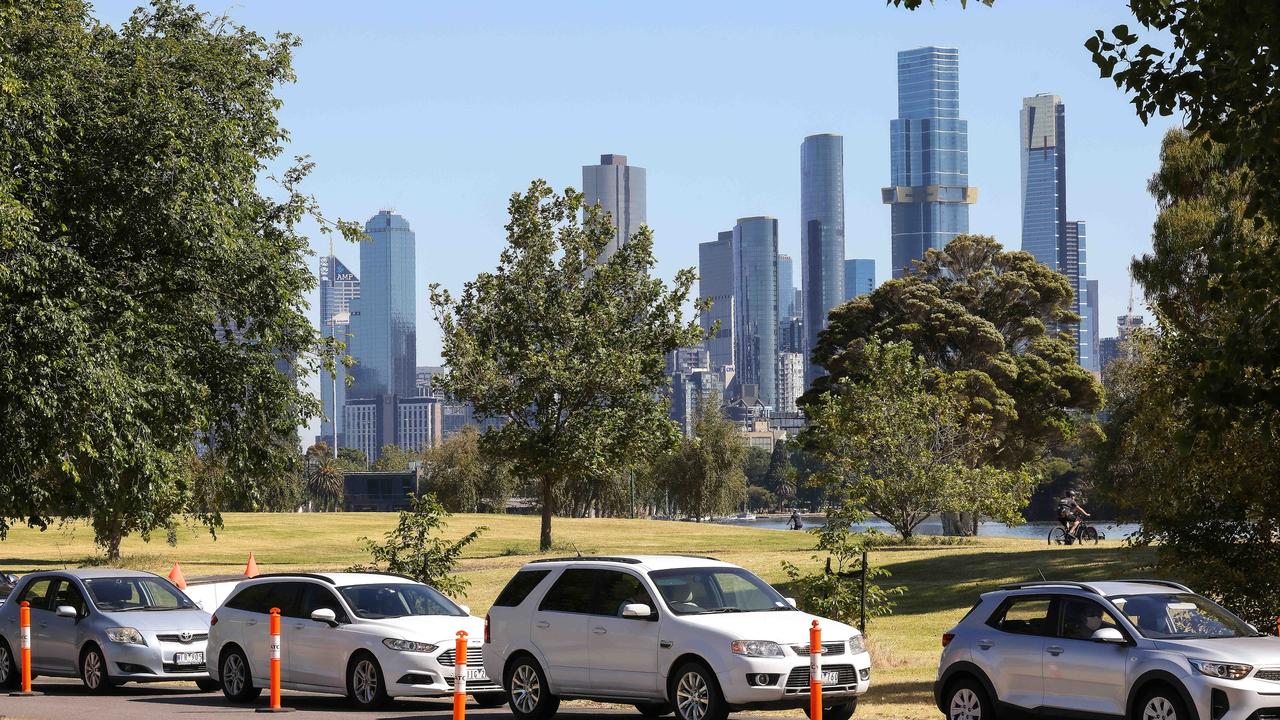 Covid testing sites across Victoria will be forced shut as the state swelters through a heatwave – just as case numbers surge again.

Scorching temperatures are set to force the closure of some Victorian testing sites across the New Year’s period.

The impending move is expected to cause chaos for the already embattled system that has tested hundreds of thousands of people over the past week as Covid infections soar.

Victoria’s Department of Health gave the warning on Thursday, noting testing centres operating from outdoor tents would be the most likely affected.

Temperature inside the tents can rise as much as 10 degrees higher than outside in addition to staff working in full PPE.

The mercury is expected to hit 36C in Melbourne on New Year’s Eve. January 1 also set to be a scorcher with highs of 35C predicted.

Victoria set a new daily case record of 5137 new Covid infections and 13 deaths in the past 24 hours.

There are now 395 infected people in Victorian hospitals, with 55 active in intensive care and 23 on ventilators.

More than 92 per cent of eligible Victorians are fully vaccinated and the state has 23,833 active cases.

A total of 81,093 tests were taken on Wednesday and 3775 vaccines were administered at state hubs.

“Omicron spreads more easily than any other variant,” Dr Khorshid said on Twitter.

“It doesn’t care if you are a family member, a co-worker, a drinker in the pub or breathing the same air in a lift. Isolating close contacts slows spread. Isolating less people means faster spread.”

“Redefining close contacts will simply accelerate the outbreak. I don’t think you could call the NSW experiment a success yet. Let’s not give up on slowing the spread,” he said.

“Vaccines, testing and public health measures have worked so far and remain the best option for living with Covid.”

The Prime Minister will on Thursday hold a snap meeting of national cabinet as Covid cases reached daily highs in four states.