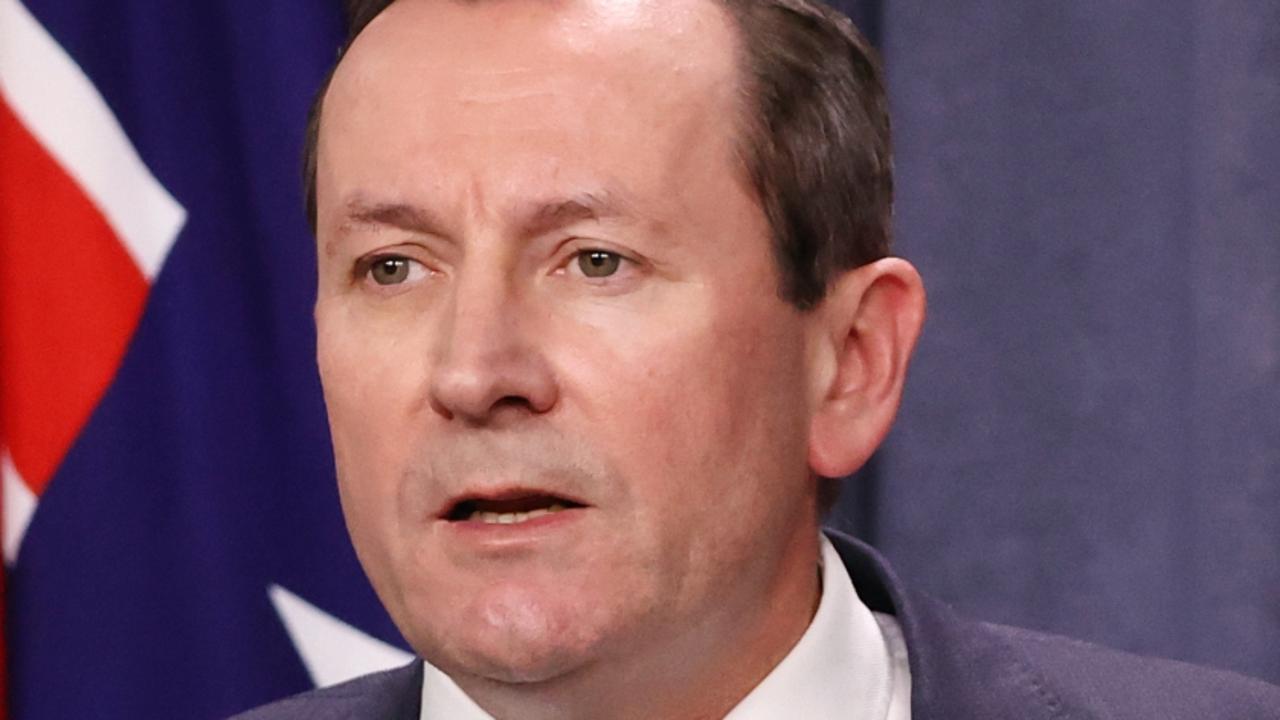 Premier Mark McGowan has admitted Western Australia may no longer be able to ‘crush and kill’ the virus after the latest developments.

Western Australia has recorded five new cases of Covid-19 and may not be able to “crush and kill” the outbreak sparked by a French backpacker who visited multiple spots across Perth.

Premier Mark McGowan told reporters on Christmas Eve that one of the new cases was a close contact who also attended the Perth Mess Hall event on December 19, while the other four were casual contacts.

Those casual contacts also attended the event in Northbridge but did not know case 1133.

“The advice I have is that two are vaccinated, two are unvaccinated, one we don’t know,” Mr McGowan said.

“It may be Omicron but we suspect it’s Delta.

“This is the most likely event to have community spread of the virus in WA that we are unable to crush and kill. That is a fact.”

Mr McGowan revealed health authorities were now upgrading the contact status for the event, which was attended by about 400 people.

“This means that anyone who attended the event must get tested and now self-quarantine for 14 days from the date of exposure,” he said.

It means those people will be in quarantine until January 3 – missing Christmas and New Year’s Eve celebrations.

The Premier said there were more than 20 close contacts linked to the man, with nine testing negative so far.

There are also more than 900 casual contacts, of which 336 have tested negative so far.

“We expect the number of contacts to continue to increase,” Mr McGowan said.

The man’s girlfriend and four people he was living with in Girrawheen have all tested negative. They were all vaccinated.

Mr McGowan also revealed that more than 10,000 tests were conducted on Thursday and urged all possible contacts to get tested.

The 25-year-old unvaccinated Frenchman, who has been in Australia since before the pandemic started, arrived in WA from Queensland on December 12 – just one hour before the border restrictions were strengthened.

He felt sick on Sunday and got tested on Wednesday, with the “strong positive” result coming through on Thursday.

The Premier said a “high number” of contacts had been staying at the Fremantle Old Fire Station Hostel, which police had now locked down because it was not suitable for people to self-quarantine in.

Everyone staying in that hostel, which is about 100 people, will now be provided with more suitable accommodation, he said.

In addition to the mandatory use of masks in the Perth and Peel regions until 6am on Tuesday, Mr McGowan also announced that all licensed hospitality venues would only be allowed seated service from 6pm on Friday.

Mr McGowan said he knew no one wanted to wear a mask, especially when it was so hot, but it was necessary for now.

“We want to keep Christmas as normal as possible for Western Australians,” he said.

“As a result of these local cases, we are in a holding pattern while we get more tests done and develop a better understanding of the level of community transmission from case 1133.”

Several new exposure sites have been added and can be found here.

Mr McGowan further announced that from 12.01am on Christmas Day, South Australia and Queensland would be reclassified from “medium risk” to “high risk” jurisdictions under WA’s tough controlled border measures.

WA is expected to reopen its borders on February 5 but Mr McGowan has repeatedly said that date could change.

“If we have major community spread of the virus across the community, it may well be that February 5 becomes redundant,” he said on Friday.

“The measures we’re putting in place here for five cases are as tough as the measures in NSW for 5000 cases per day.

“But we are in a bit of a twilight zone. We don’t know how much spread is out there so we’re trying to work out what it is.”

Masks are mandatory in all public indoor settings, including workplaces, shopping centres, hospitality venues and public transport in the Perth and Peel regions.

The mask mandate does not apply at home or for people doing vigorous indoor exercise, but it is recommended outside when you cannot physically distance.

Large public events, such as music festivals, have been cancelled, while nightclubs have also closed and all dancing is banned except for weddings.

The mask rules also apply to anyone who has been in Perth or Peel since December 16 and is now in a different part of the state.

WA’s second dose vaccination rate is 83.2 per cent for people aged 12 and over.