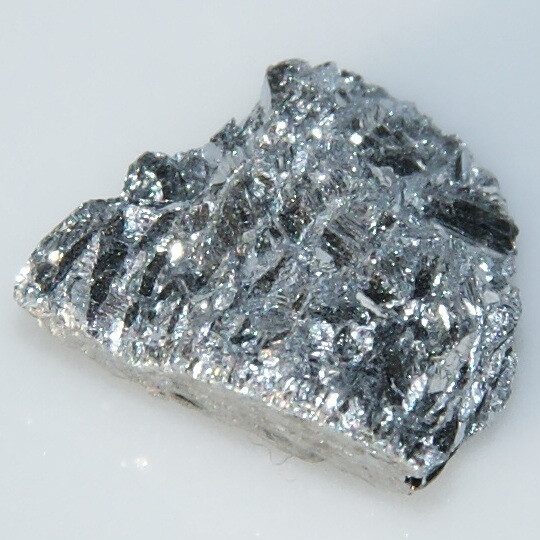 Antimony is 51st on the periodic table, but in terms of historical importance, it’s definitely top 35.

This metal was medicinally versatile, and by medicinally versatile I mean toxic. With a rich history to boot: in antiquity, the antimony-based stibnite mineral was a favored cosmetic for Egyptians, mascara for the biblical Jezebel, and a skin cure for Greeks. Also known as stibium or stibnum, antimony is one of those haughty Latin-and-Greek-symboled elements that condescends on its peers with weird sexual under-and-overtones—hence its chemical symbol “Sb .”

In the 17th century, it captivated Isaac Newton as much as gravity did, with its alchemical potential. Since alchemy was the Qanon of its day, it’s no surprise they say Newton died a virgin.  Then in the 1900s, antimony was used to poison people in New Orleans brothels—though to be fair to antimony, few metals haven’t been.

Yet antimony’s most popular use was as a medical emetic or laxative in Middle Ages Europe. Before germ theory had us wiping down doorknobs 7 times a day, all ills were caused by “bad humors,” an idea dating to Hippocrates (460 BCE–370 BCE) who, if I recall correctly, also masturbated inside a barrel in public.

To purge bad humors, medieval folks popped a pill of antimony. This toxic lenitive caused two-way evacuation. Too expensive to replace, it was recovered manually from one’s excrement. Thus, it was passed down through the generations as a “perpetual pill,” much the way insulin pumps are bequeathed as heirlooms in Missouri today.

Circa 1600, the pills were outlawed, but contemporary yokels valued their freedoms and didn’t stand for this act of life-saving tyranny. Instead, enter antimony poisoning round 2: the increased use of cups made with some percentage of this toxic metal.

Filled with wine and let to stand 12-24 hours, the antinomy mingled flirtatiously with the wine’s tartaric acid, yielding antimony tartrate. One quaff later, the quaffer finds themselves in a pervading state of vomitoria.

Mozart potentially over-self-medicated on this fortified wine and suffered antimonial symptoms like “intense vomiting, fever, swollen abdomen and swollen limbs,” before dying aged 35. But those are also the symptoms of discovering season 2 of your favorite show sucks. And if you’re thinking, “Wow, haha, stupid old-timey people, we’ve come a long way since then,” do you really think the vaginal-yeast-sourced Mega Colon Blast (with reishi and lion’s mane) sold by Earth Mama on Etsy is any less toxic? Checkmate, antimony haters.