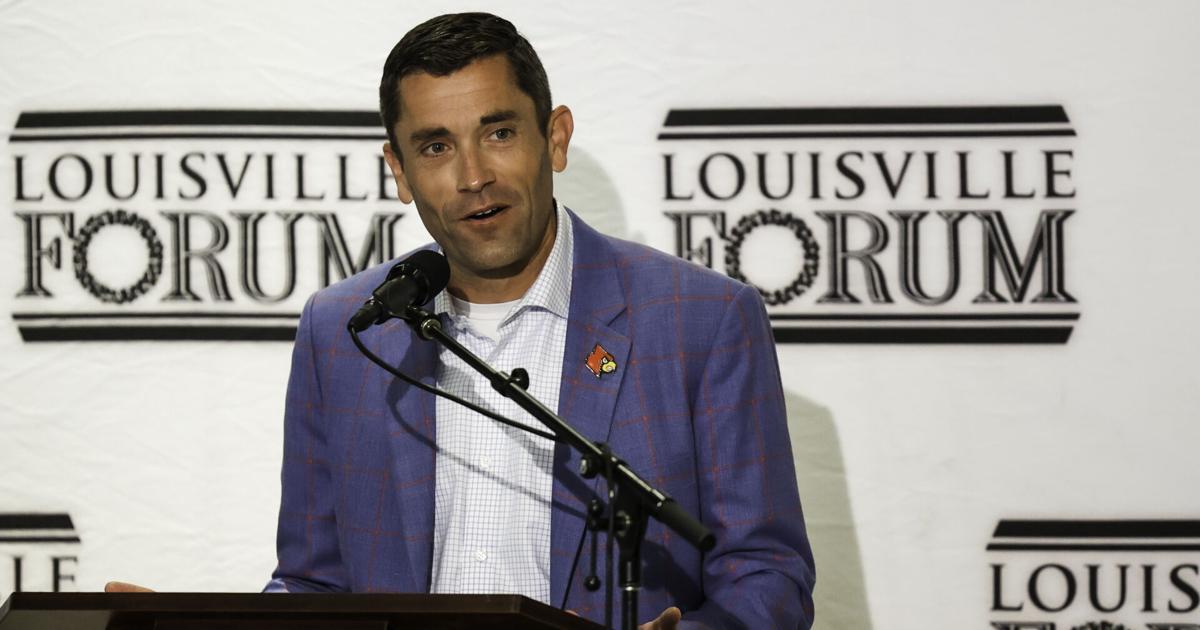 LOUISVILLE, Ky. (WDRB) – Lately, I guess the feeling I’m having when I see headlines about the University of Louisville athletics department is that I’m surprised that anyone is supposed to feel surprised.

The U of L Athletics Association goes out and hires a former U.S. solicitor general, Neal Katyal, at a price of $2,645 per hour, for help in its defense against NCAA charges connected to the college basketball pay-for-play scandal.

Sounds about right. Let’s not forget, ULAA paid Chris Mack $500,000 per victory last season. It paid Bobby Petrino $14 million to stop coaching its football team. If Katyal can deliver any kind of relief for a basketball program that generated better than $40 million in revenue during its good seasons, is it not money well spent?

Certainly it’s going to a better cause than all that buyout money, or the $9 million or so (salary plus buyout) it took to hire Mack in just his first season.

Compared to what the basketball program is worth – past and future – what Louisville is paying any attorney is small by comparison.

Louisville is facing an NCAA panel that is acting without rules. The Independent Accountability Resolution Process apparently can tack on allegations that have nothing to do with the original charges (see the handling of allegations against Mack) and then, at the 11th hour, decide to throw on allegations from an unsubstantiated book by a person convicted of wrongdoing and refuted, under oath, by multiple witnesses.

So, yeah, you better go get somebody who knows what he’s doing.

I asked Louisville athletics director Josh Heird about paying big money for representation on Wednesday, and he said much the same thing.

“We’re going to do everything we can to put the athletic department, the institution, in the best possible situation that we can within the resources that we have,” Heird said. “So when we went down that road of finding a partner from a legal standpoint, we thought that was in the best interests of the university. That’s the road we went down. Obviously a proven track record with everything that firm has done. And felt like that was the best decision for the university.”

At U of L, the fires of bad publicity are going to keep rekindling for a while. You think it’s back on an even keel, then a former university attorney files a whistleblower suit. Turns out, the departed president held a (now Tumpian) view that “the FBI is tricky.”

Some damage has been done. And you can’t just walk away from it and not have it flare up again from time to time.

All you can do, in Heird’s estimation, “is put together one good day at a time. And keep doing it. And where you make mistakes, learn from them.”

And you try to build back. At the Louisville Forum on Wednesday, some of the questions were interesting, but they seemed to belie a lack of understanding of where exactly the department is right now.

Heird was asked if Louisville was going to add women’s gymnastics. The notion that they would, in a down economy, at a time when they are at a significant financial disadvantage because of basketball and football struggles, while two competitor conferences are leaving the ACC behind in terms of television revenue, is a bit comical.

The greatest feat of gymnastics on that campus would be finding the money to add another non-revenue sport right now.

You saw the figures above. Louisville is finally getting out of the buyout business, but it has been costly. It’s having to try to raise funds just to pay for summer school for athletes. Adding a new team? Now isn’t the time.

Similarly, he was asked about building a bigger volleyball arena. And granted, it would be nice. That’s why Tom Jurich wanted, in his longest range goals, an 8,000-10,000 seat arena on campus, perhaps at the site of the old silos, to host volleyball and some women’s basketball games, and be a place for student convocations as the on-campus population grew.

He also wanted the men to play at the Fairgrounds in a new arena or a rebuilt Freedom Hall. And he wanted Central Avenue to become one of the great Sports Corridors in America with Churchill Downs at one end and a new Freedom Hall on the other, with Cardinal Stadium and Patterson Stadium and hotels and shops in between.

But the city rejected that. And that idea is gone.

And again, the mythical pile of money to add sports and build campus facilities doesn’t exist. And the real pile of money isn’t coming back for a little while. It may come back. With luck, it will. But right now, it’s not there.

Volleyball will play one game this season at the KFC Yum! Center. It’ll play the rest in L&N Federal Credit Union Arena on campus, and it’ll be sold out every night and a bunch of people won’t be able to get tickets. Maybe they’ll draw a huge crowd when they play downtown and a case will again be made for doing something. But for now, Heird said, “We said, do you want to play more games downtown? We’ve got one this year against Notre Dame. But they would choose to play on campus. It’s easier for students to come to games. Now if an opportunity presented itself and we could find funding, where we had the ability to have some volleyball matches, and maybe a few other events on campus, yeah, it’d be worth taking a look at. . . . If we had a money tree on campus, it would be great.”

Until that time, Louisville will look to keep weathering storms, hoping to rev its revenue generators back up soon, and maybe move into position to take care of its new-found needs.

Before that can happen, basketball needs to build back to full strength. And if it takes a couple of grand an hour to help make that happen, is anyone surprised that they would spend it?