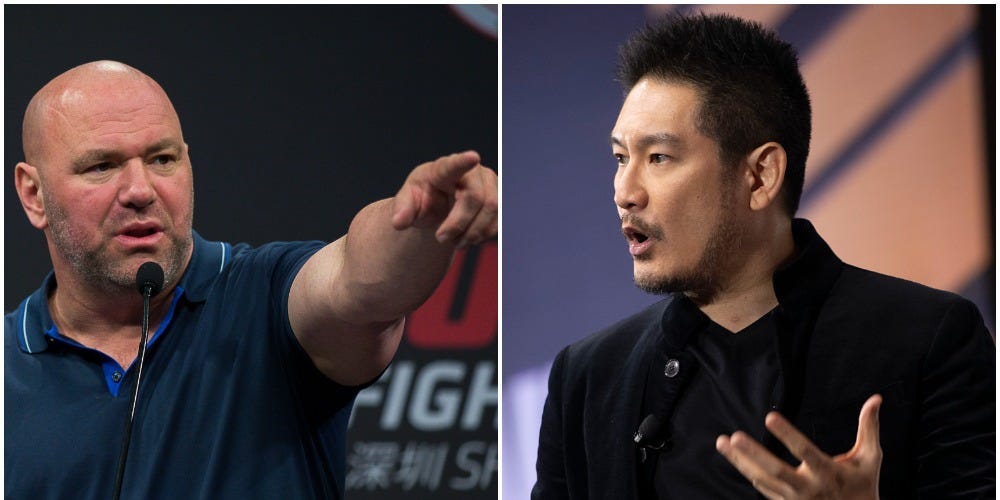 One Championship founder Chatri Sityodtong is reigniting a war of words with rival MMA executive Dana White who, as the president of the UFC, is the most powerful person in the sport.

While he believes that White is a great businessman, Sityodtong asserted Wednesday on The MMA Hour that the American hardly knows “anything about fighting.”

It is not the first time Sityodtong has put the UFC, White, or the UFC’s fighters in his crosshairs. He told Insider in 2019 that the Las Vegas-based fight firm taints MMA by promoting “anger, hatred, and violence.”

Three years on and Sityodtong said he does not agree with the way White talks negatively about his fighters, but did not provide a specific example.

“I don’t particularly respect the way he talks down to athletes.”

Sityodtong’s comments follow a One Championship social media post that showed the company founder hitting the mitts, alongside a caption that read: “Who wants to see Chatri vs. Dana?”

The 50-year-old Sityodtong insists the post was nothing more than a bit of fun, but claimed he would welcome any challenges from people around his age. White is 52 years old.

The MMA leader’s comments arrive during a week in which One Championship has made a number of announcements about upcoming events.

It confirmed this week a number of fights at One X, a show to celebrate the company’s 10-year anniversary, which will take place on March 26 in Singapore. The show had previously been slated for 2021, but was postponed after a spike of COVID cases in the city state.

Angela Lee headlines One X when she fights Stamp Fairfax in a women’s atomweight title fight. In another big bout on the night, Adriano Moraes defends his flyweight title against Yuya Wakamatsu.